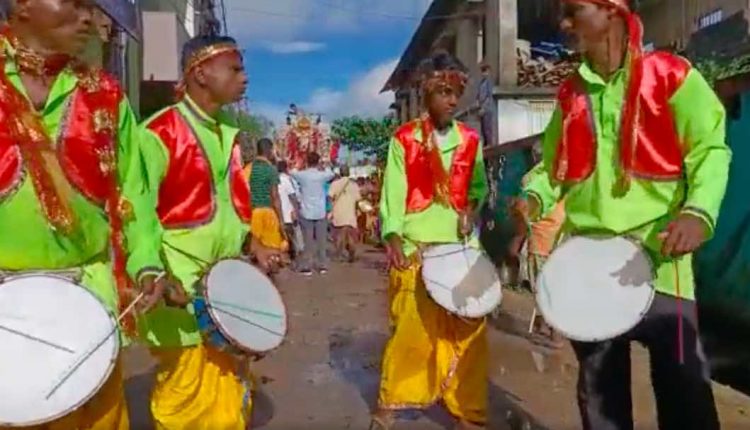 Bhubaneswar/Cuttack: The immersion ceremony of Durga idols of puja committees began in the twin cities of Cuttack and Bhubaneswar on Thursday morning.

While consigning the idol to the river is now prohibited, four artificial immersion ponds have been dug on the banks of the Kuakhai and Daya rivers by Bhubaneswar Municipal Corporation (BMC) to continue with the tradition. Since the size of the idol are bigger compared to last year when the festival was a muted affair amid the pandemic, bigger ponds have been built to accommodate the idols, BMC sources said, adding that the immersion will take place from 8 am to 6 pm.

While the ponds were dug using an excavator, polythene sheets have been placed over the earth. After immersion, the solid waste will be shifted to the dump yard and the liquid waste will be taken in cesspool vehicles to the sewage treatment plant.

A variety of Maa Durga idols have been installed across 178 places in the city. The puja committee members had requested authorities concerned to repair damaged roads and cut trees for smooth movement of idols during Bhasani Jatra (immersion ceremony).

A total of 17 platoons of police force will be deployed in the city and immersion sites to control overcrowding, mishaps and untoward incidents. Three committees have been formed for smooth conduct of the immersion ceremony and separate route charts have been issued for the procession to carry idols from the pandals to the makeshift ponds in a staggered manner, sources said.

Three Additional Deputy Commissioners of Police would supervise the arrangements, the sources added.

The Commissinerate police have issued strict orders for the puja committees to keep the level of DJ sound within 65 decibels.

The Cuttack Municipal Corporation (CMC), on the other hand, has cleaned and beautified the road to Devigada. Artificial ponds have been dug at 3 places in the area for immersion of the idols. A total of 55 platoons of police force have been deployed in the city for smooth conduct of the customary ritual after the five days of festivities. Around 300 CCTV cameras have also been installed at various places in the city to keep a watch on the situation. A total of 172 idols will be immersed in Devi Gada.