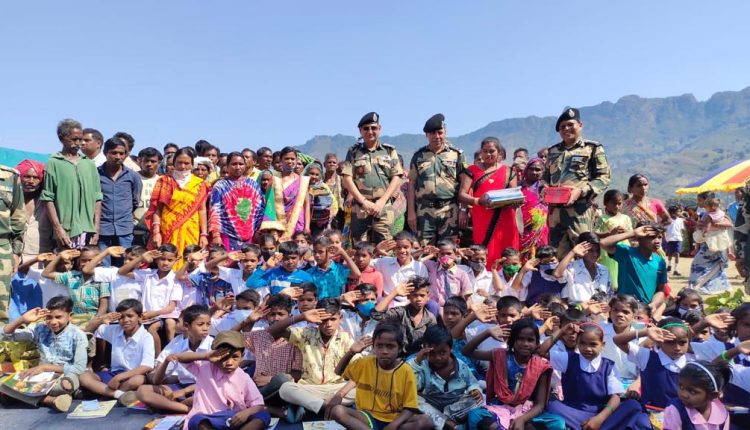 Budakoti, who was accompanied by Madan Lal, DIG, Sector Koraput BSF and Manish Chandra, Commandant 155 Bn BSF, reviewed the strategic and tactical deployment of the forces in the Odisha-Andhra Pradesh bordering areas and development in far flung areas. They visited company operating base at Podapadar, Tenutlipadar and Palur in Narayanapatna block.

The Commandant briefed about present security scenario and operational preparedness. “Five phase panchayat elections in the area concluded peacefully and incident-free amid heavy security cover of BSF and the Force is working in tandem with civil administration,” he said.

“In addition to the operational activities to check Naxal and anti-social activities, BSF also conducts a lot of welfare activities for local communities such as Civic Action Programmes, medical camps, sports activities, which act as a bond between the security forces and local people. The instant necessary requirements of the populace are met through these programs, which are area based need specific,” the IG said.

A Civic Action Programme was also organised by 155 Bn at BSF Camp in Podapadar where clothes, stationery, utility and sports items were distributed to around 400 villagers and students of Narayanapatna, Podapadar, Dumsil, Anchalpur, and Kandhashahi.

Among Others, Samya Wadeka, Porhapadar sarpanch, ward members of the area, students of Porhapadar Upper Primary School and faculty joined the event. A cultural programme was also organised by villagers of Basnaput.