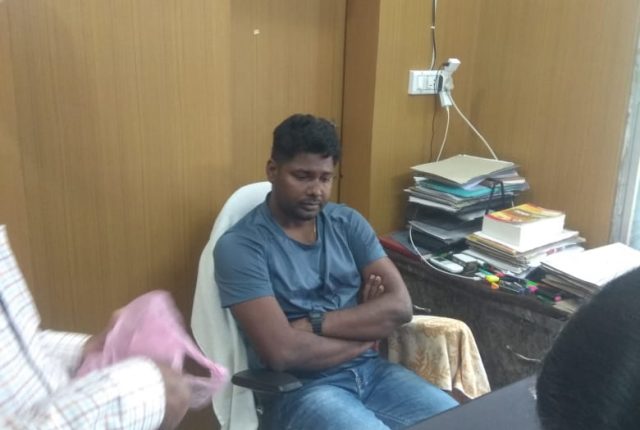 Bhubaneswar: Odisha Vigilance sleuths on Sunday apprehended Inspector in-Charge (IIC) of Sindhekela police station in Balangir, Alok Kumar Behera for allegedly accepting Rs 25,000 bribe from a complainant to help him in a case.

Behera was caught red-handed by a Vigilance team with the bribe money of Rs 25,000 which he had allegedly demanded from a complainant to help in a case registered against him.

After he was apprehended, searches are being conducted at Behera’s office room at Sindhekela, residence and native village – Awlapur under Olatpur police limits in Cuttack, a Vigilance release said.