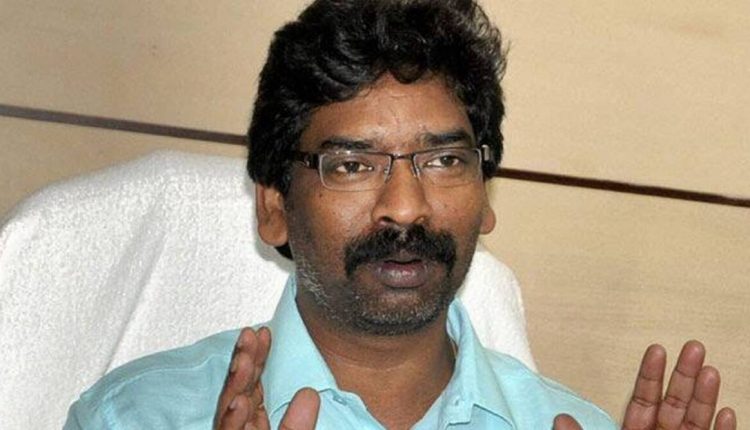 Ranchi: The Election Commission of India (ECI) has recommended the disqualification of Jharkhand Chief Minister Hemant Soren as an MLA.

According to Raj Bhavan sources, ECI has written back to Jharkhand Governor Ramesh Bais, who had sought its opinion following a complaint by the BJP that Soren allegedly holds an office of profit by getting a stone chips mining lease in his name, India Today reported.

The CM and his brother Basant Soren had been summoned by ECI on the issue. Following the hearing, which was completed on August 18, ECI has recommended disqualification. The final call will be the Governor’s. He returned to Ranchi from a personal visit to Delhi on Thursday.

It’s learnt that Hemant Soren violated clause 9A of the 1951 People Representative Act and awarded himself a mining lease.

Under Article 192 of the Constitution, if any question arises over a member of a House of the Legislature of a state, the final decision will be taken by the Governor.

BJP’s Raghubar Das said the recommendation was on expected lines as the CM had blatantly flouted rules.

JMM, on the other hand, accused BJP of misusing central investigative agencies. The ruling party asked how BJP leaders came to know of the disqualification recommendation when ECI sent it in a sealed envelope.

“The Chief Minister is apprised of several media reports about ECI sending a report to Jharkhand Governor, apparently recommending his disqualification as an MLA. No communication in this regard has been received by CMO from either ECI or Governor,” Jharkhand CMO said.