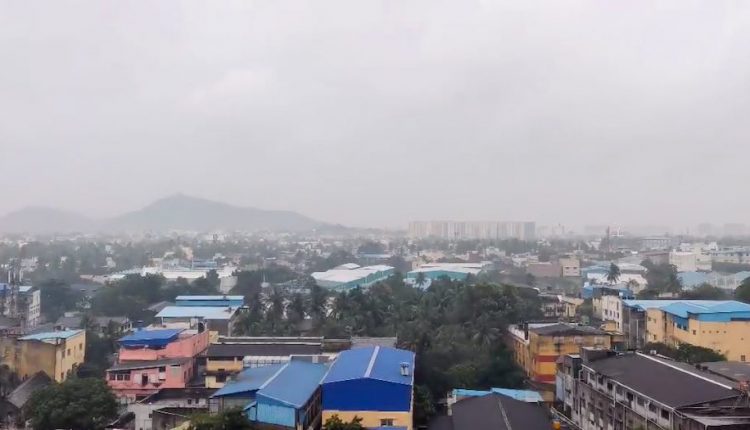 Bhubaneswar: Cyclonic storm Mandous, which is expected to make landfall between Mahabalipuram and Sriharikota during the intermittent nights of Friday and Saturday, will have no impact on Odisha, India Meteorological Department (IMD) DG Mrutyunjay Mohapatra said on Friday.

“Some southern districts may experience cloudy sky or little drizzle, but there is no forecast for strong wind or heavy rainfall under the influence of the cyclonic storm in Odisha,” he told a local news channel.

Mahapatra further informed about the likely formation of another cyclonic circulation in the Andaman Sea around December 13. “The system may intensify into a low pressure but there is no forecast about it developing into a storm,” he added.

According to the Extended Range Outlook(Cyclogenesis) issued by IMD on Thursday, another low-pressure area is likely to develop over the southeast Bay of Bengal next week. “NCMRWF Coupled Extended Range Model (CNCUM) and IMD coupled extended range forecast model is indicating the development of the fresh low-pressure area over southeast Bay of Bengal and adjoining South Andaman Sea during the end of week 1 with west-northwestward movement and no significant intensification,” it added.

Meanwhile, a high alert has been issued for three Tamil Nadu districts — Chengalpattu, Villupuram, and Kancheepuram — which are expected to witness heavy rain under the influence of the cyclonic storm. Six National Disaster Response Force (NDRF) teams are also on standby.

Schools and colleges have also been shut in several Tamil Nadu districts.

The storm is expected to weaken this evening and cross north Tamil Nadu, Puducherry and adjoining south Andhra Pradesh coasts between Puducherry and Sriharikota around Mahabalipuram with a maximum sustained wind speed of 65-75 kmph gusting to 85 kmph between midnight of December 9 and early hours of December 10.

First Of Its Kind: Session On Dining Elegancy & Etiquette Conducted In Bhubaneswar