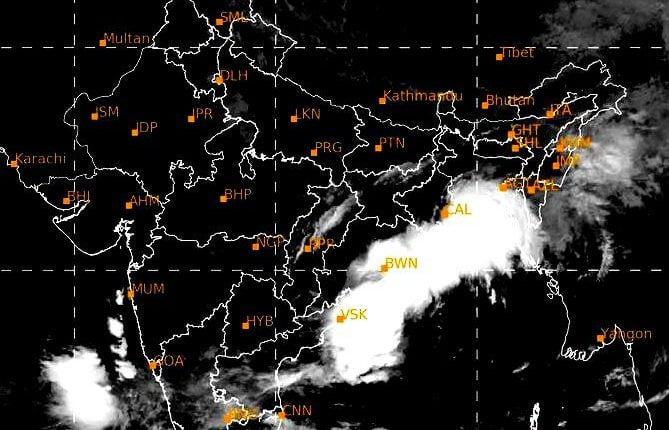 Bhubaneswar: The India Meteorological Department (IMD) on Thursday issued an orange warning for heavy to very heavy rainfall at one or two places in six coastal districts of Odisha under the influence of a well-marked low-pressure.

In a morning bulletin, the IMD said that well-marked low pressure lying over the north-west and adjoining the west-central Bay of Bengal off the south Odisha and north Andhra Pradesh coasts is very likely to concentrate into a depression within 12 hours and further into a deep depression during the subsequent 24 hours. 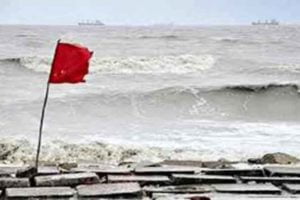 Under its influence, there will be heavy rainfall in the south and north coastal districts with isolated heavy to very heavy rainfall at one or two places.

Due to the inclement weather, fishermen are advised not to venture into the deep sea till October 24 as squally weather with the surface wing reaching 45-55 kmph with gusting up to 65 kmph will make the sea condition very rough.

Meanwhile, distant cautionary signal No-3 has been hoisted in Puri and Gopalpur.

October 22
(Orange warning)
Heavy to very heavy rainfall at one or two places over the districts of Ganjam, Puri, Jagatsinghpur, Kendrapada, Bhadrak and Balasore.

(Yellow warning)
Heavy rainfall at one or two places over the districts of Gajapati, Khurda, Cuttack, Jajpur, Mayurbhanj and Dhenkanal.

October 23
(Yellow warning)
Heavy rainfall is very likely to occur at one or two places over the districts of Balasore, Mayurbhanj, Bhadrak, Jajpur, Kendrapada and Jagatsinghpur.

Acting on the IMD advisory, the Odisha government has asked the collectors of the coastal districts to remain on high alert.

Special Relief Commissioner (SRC) Pradeep Jena has directed the collectors to remain prepared to meet water-logging, flash floods and landslides in hilly areas and keep a close vigil on the low-lying areas. He also sought the assistance of the Fire Services and ODRAF for search and rescue operations and inform the state government if they need urgent requirements.

Rajasthan Likely To Be Second State To Reject Farm Laws