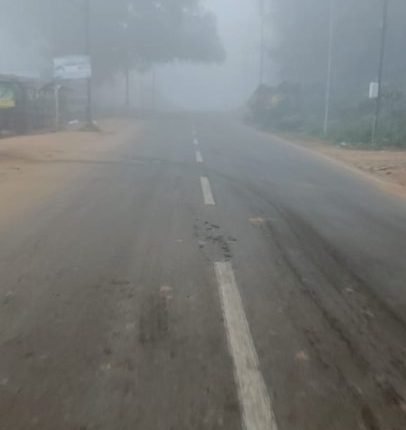 Bhubaneswar: Even as Odisha’s twin cities woke up to a foggy morning on Monday, the India Meteorological Department (IMD) has forecast that similar condition will continue in some places of the state for next two days.

In its evening bulletin on Monday, the regional centre of IMD in Bhubaneswar issued a yellow warning and forecast that dense fog is very likely to occur at one or two places in the districts of Bhadrak, Cuttack, Kendrapada, Jagatsinghpur, Puri, Khurda, Ganjam and Khandhamal on Tuesday morning.

The national weather forecaster also said dense fog is very likely at one or two places in the districts of Khurda,
Khandhamal, Puri, Ganjam, Gajapati, Kalahandi, Koraput and Rayagada on Wednesday.

In its temperature forecast, the IMD said there will be no major change in the minimum temperature in most parts of Odisha during next four to five days.

On Monday morning, a thick fog engulfed Bhubaneswar and Cuttack resulting in a drop in visibility to as low as 30-40 metre.

In the last 24 hours, Similigida in Koraput recorded the lowest temperature of 8 degree Celsius, followed by G Udayagiri in Kandhamal with 8.5 degree, Koraput with 9 degree and Phulbani with 10 degree.