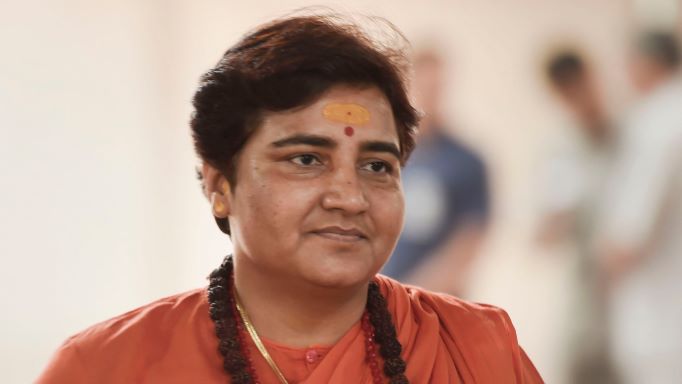 Bhopal: We know of names of cities, airports having been changed. But ever heard of areas of a city being renamed because they were ‘impure’?

Well, that is precisely what is happening in Bhopal.

Following a proposal by Bhopal MP Sadhvi Pragya Singh Thakur, the Bhopal Municipal Corporation has decided to change the ‘impure’ names of two areas in the capital of Madhya Pradesh, reported India Today.

The controversial Sadhvi, who had famously said in July 2020 that COVID-19 will be wiped out from earth of people recited Hanuman Chalisa five times a day, explained why she had a problem with the old names.

Also Read: Karkare Died Because I Cursed Him: Pragya

And as for Lal Ghati, Sadhvi said that there have been many murders at the ‘Lal Ghati’ crossroads.

“Many brave heroes have been martyred. So we should pay our respects by forgetting the bloody past,” the BJP leader said.

BMC president Kishan Suryavanshi supported the proposal Sadhvi’s proposal, which was passed at a meeting recently.