In A Bid To Escape, Pickpocket Bites Cop In Odisha Capital 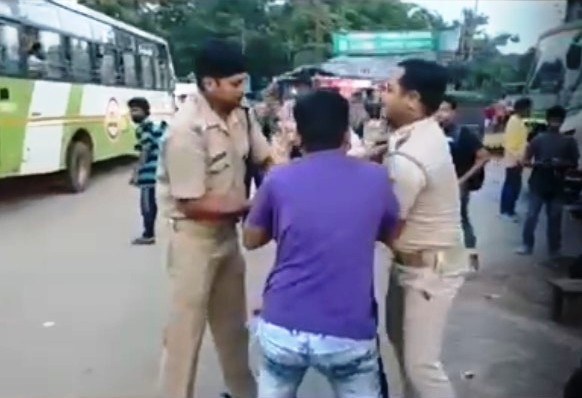 Bhubaneswar: A pickpocket trying to escape after he was caught by locals gave police a tough time, even biting one of the policemen’s hand, at Master Canteen bus stand in Odisha’s capital on Thursday.

According to media reports, the pickpocket, identified as Raju Nayak, was caught by locals at Master Canteen bus stand and handed over to police. But in a bid to escape, the accused manhandled the policemen and even bit the hand of one of the policemen.

Later, the accused was handed over to Capital police.