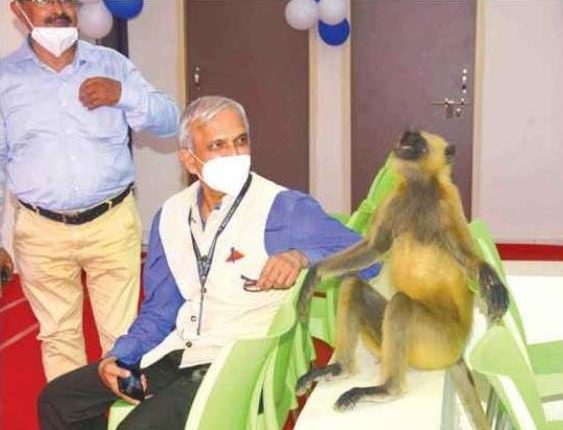 Bhubaneswar: The inauguration of a veterinary hospital by the Siksha ‘O’ Anusandhan (SOA) Deemed to be University on the outskirts of Odisha’s capital on Thursday saw a unique visitor.

A langur entered the place during the inauguration and sat next to SOA Vice-Chancellor Dr Ashok Mahapatra. The picture has gone viral.

As the langur appeared unwell, it was treated by the doctors. After some time, it appeared fine and went away.

The hospital, Odisha’s first privately-run veterinary hospital for domestic and stray animals and birds, has been set up by SOA’s Institute of Veterinary Sciences and Animal Husbandry at Shanpur on the outskirts of Bhubaneswar. It was inaugurated by Minister for Agriculture, Farmers’ Empowerment and Animal Resources Dr Arun Kumar Sahu in the presence of SOA’s Founder President Dr Manojranjan Nayak.

The hospital, which has departments of gynaecology, medicine and surgery, will have experienced vets to treat animals and birds, Prof Brahmadeb Patnaik, Dean of the Institute of Veterinary Sciences and AH, said.

The clinic, which also has a pharmacy, laboratory and operation theatre, will function round the clock, Director Dr D N Paul said.

The hospital will have a spa for animals. 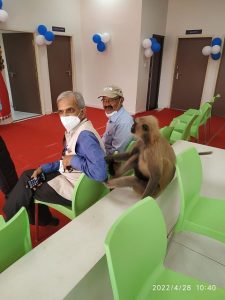 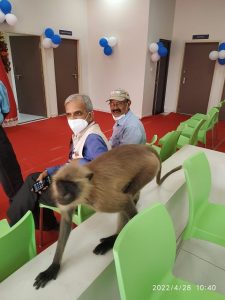