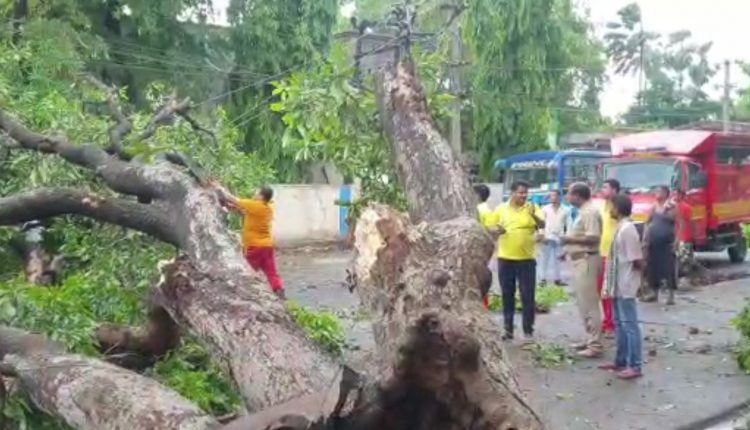 Angul: Normal life was thrown out of gear in Odisha’s Angul as nor’wester swept through the town on Tuesday afternoon.

Bringing relief from sweltering heat for the last several days, the town witnessed sand storm which forced vehicular traffic to remain off the roads and shops to close down the shutters. It was followed by heavy rain which brought down the temperature. 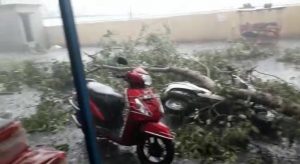 As trees were uprooted and their branches snapped on the impact of the nor’wester and rain at several places, the roads were blocked. Several vehicles were also damaged as the uprooted trees fell on them. Power and telecom cables also snapped plunging the town in darkness.