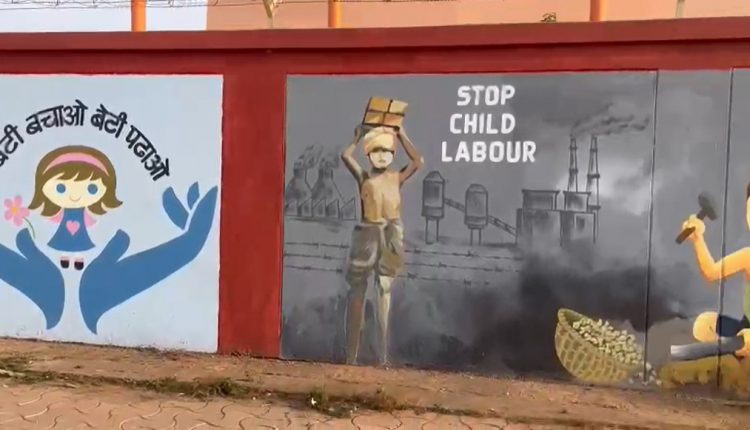 Bhubaneswar: Odisha is soaking in the spirit of hockey at a frenetic pace, celebrating each and every goal and win regardless of the country. There is a festive energy all around with the vibrant colours of the state adding to the joie de vivre. In other words, the splendour of Odisha is on full display for foreign visitors – a perfect amalgamation of its rich culture and sporting spirit.

The walls at major spots in the state capital painted on different themes tell the story of Odisha – its rich culture, folk art, achievements, aspirations and much more. From the time visitors touch the ground at the airport, a drive through the city is like a veritable guided tour in a museum, with every wall telling a story.

All the paintings have altered the state capital’s visual landscape. Twenty-eight teams comprising 1500 artists have been working relentlessly to make it make this creative vision a success.

Paintings near the airport depict the former Chief Minister of Odisha Biju Pattnaik’s vision for the state. The painting of a flight along with the acronym UDAN, which reads “Ude desh ka aam nagrik,” depicts the regional airport developmental programme of the Government of India. It also includes Odisha’s most famous tourist destinations for vacationers. Other paintings depict the government’s initiative to save the girl child with the message “Beti Bachao, Beti Padhao”. 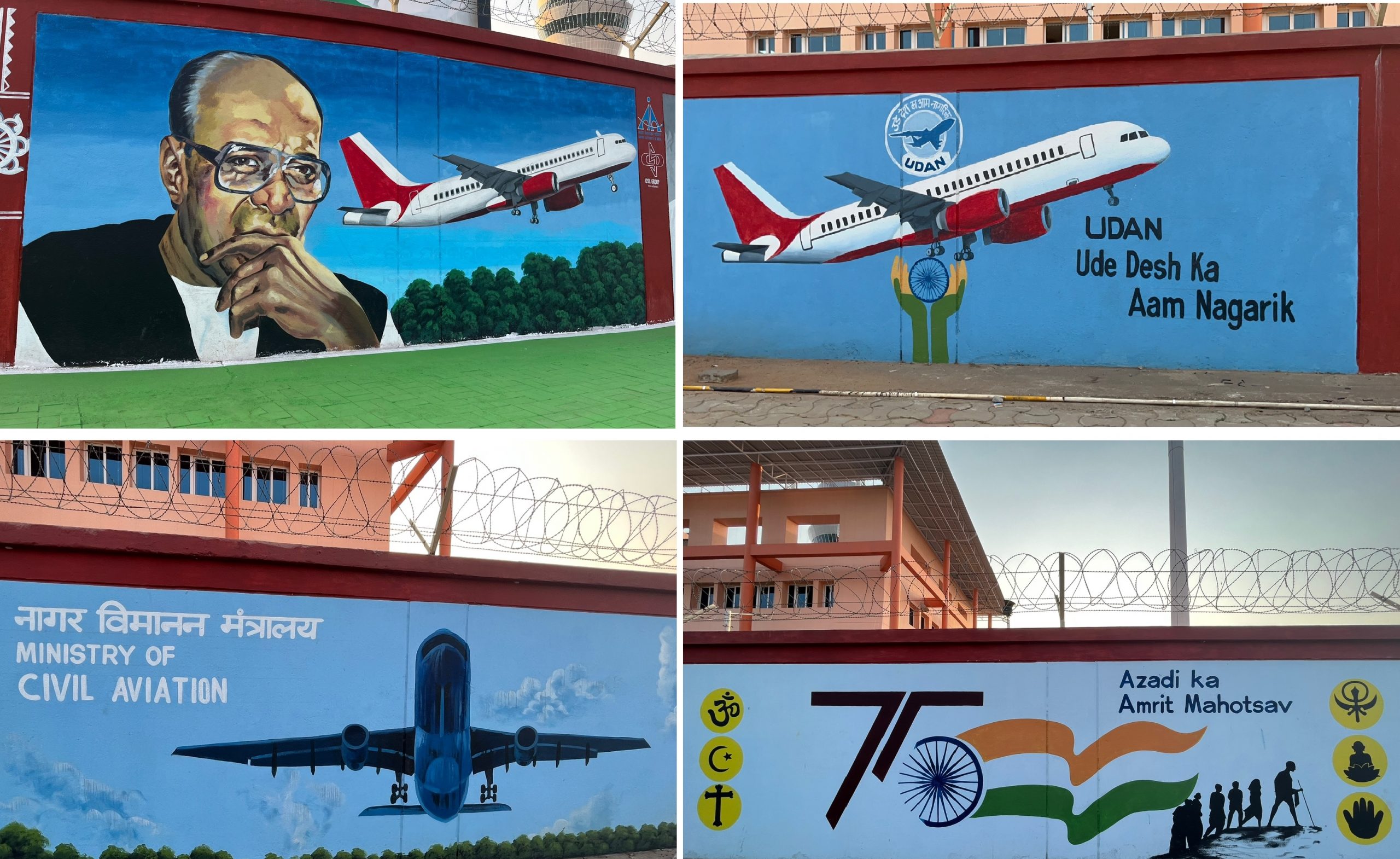 Paintings on the walls outside Rabindra Mandap depict several folk dances of Odisha, including the world-famous Sambalpuri dance, the Ghumra dance from Kalahandi and the tribal dances of Odisha.

The exterior walls of this place depict the vivid and rich cultural heritage of Odisha.

These paintings depict individuals performing folk dances in their traditional attire, as well as the musical instruments used in those dances. 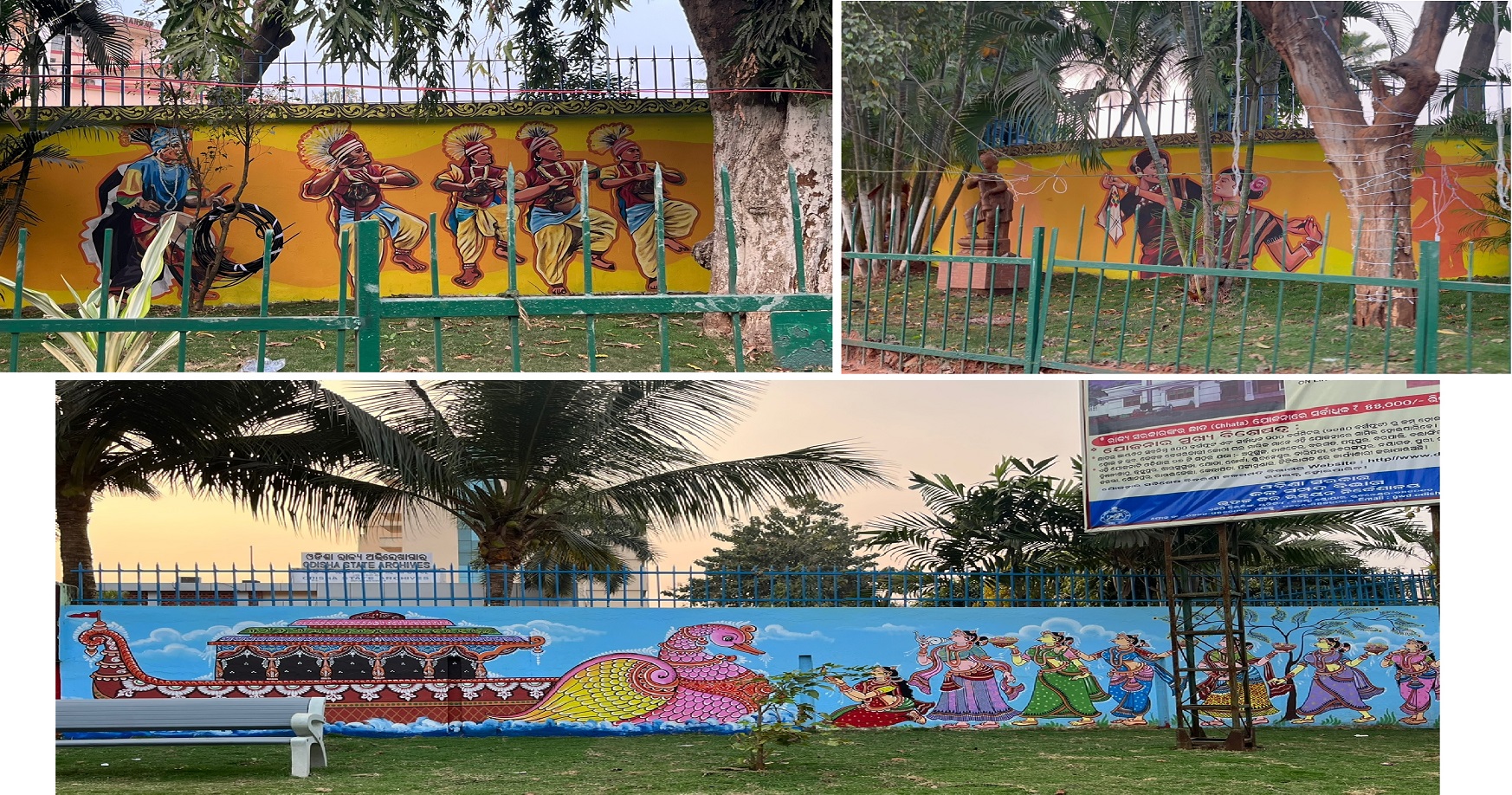 The artwork here depicts the celebrations and festivals that take place in Odisha during the month of Kartika, considered to be the holiest of all the months of the year. The paintings show young and married women celebrating Boita Bandana by floating boats made out of banana tree leaves in water bodies, which commemorate the rich maritime history of the state.

Other paintings bring alive the tribal culture of Odisha, while others show the various mudras, ornaments, and musical instruments associated with the classical dance form Odissi. 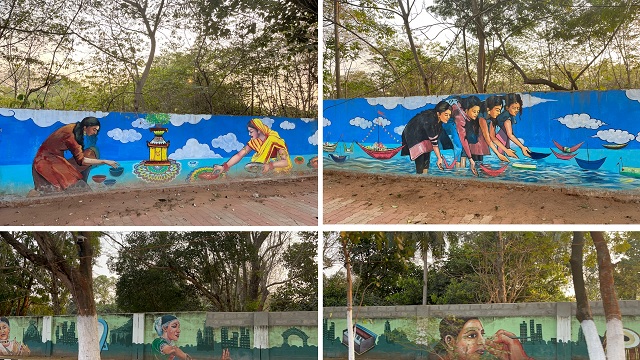 The Pattachitra art paintings are perhaps the most eye-catching of all and arouse a lot of curiosity due to their bright colours and intricate designs. 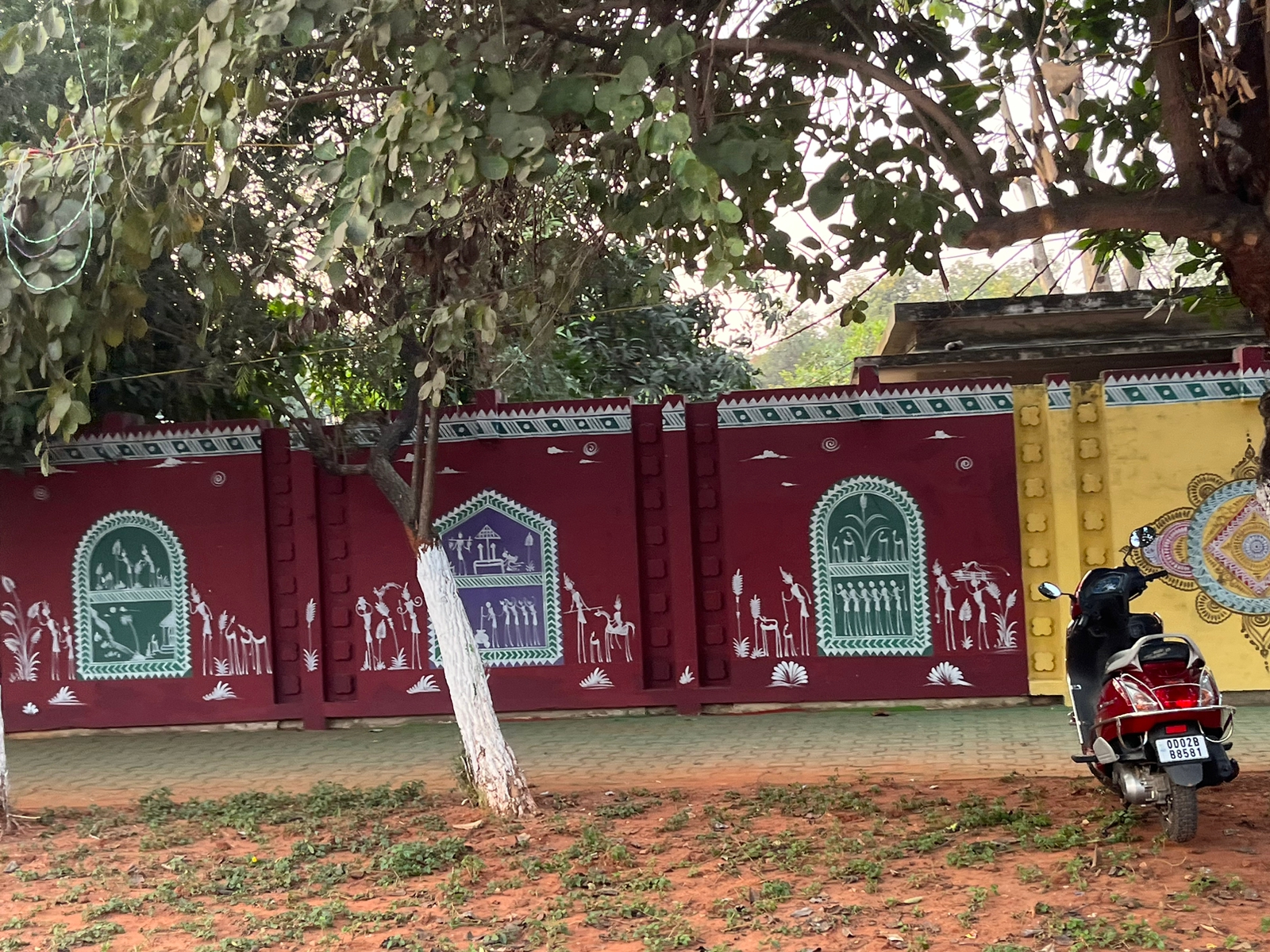 Through their works, artists have demonstrated how the exhibition ground serves as a stage for handicrafts and handloom produced by local artisans and various tribes and how several stalls are put up each year to exhibit wonderful pieces of art and craftsmanship. 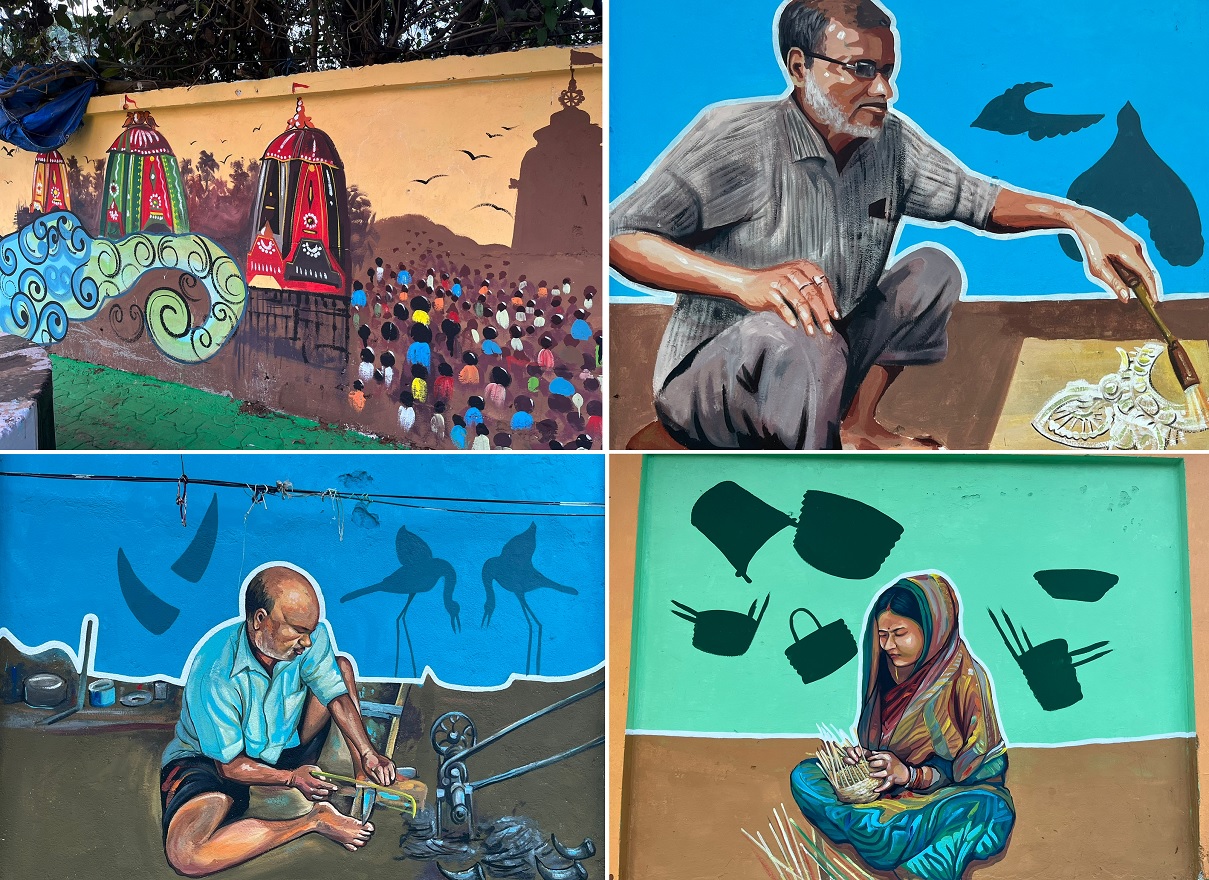