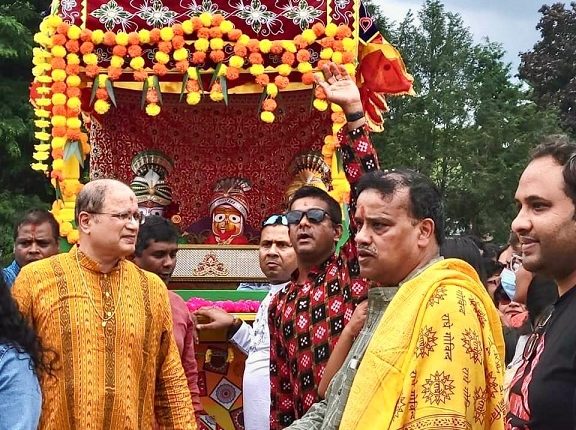 Rhodes Island: Rhodes Island celebrated Rath Yatra in glory and grandeur on the premises of the Hindu temple at Warwick.

The entire atmosphere reverberated with the chanting of hymns, ‘Hari Bol’ and ‘Jai Jagannath’, the blowing of conches and playing of musical instruments such as ‘Ghanta’, ‘Mardala’, ‘Jhanja’ and ‘Mrudanga’. The ‘Pahandi Bije’ of Devi Subhadra was done by women.

Apart from devotees from Rhodes Island, Odia and non-Odia families from far off places like Pennsylvania, New Jersey, New York, Connecticut, Massachusetts and New Hampshire numbering around 300 also descended to witness the ceremony.

Mahesh Patel, senior member of the Board of Directors of the Hindu temple, performed the traditional ‘Chhera Pahanra’. Amidst the devotional renderings of ‘Kirtan’ by ISKCON devotees from Indian Heritage Foundation, the chariot was pulled around the perimeter of the temple compound and then was taken back to the premises of the temple.

The book “The Journey of Rhodes Island’s Car Festival” and an article “Unbound Lord Jagannath” written by the main organiser Akshay Mohanty were offered at the Lotus Feet of Lord Jagannath on the chariot.

A colourful cultural jamboree consisting of scintillating dance performances in Odissi and Bharatnatyam styles and recital of devotional songs dedicated to Lord Jagannath were also presented during the event. 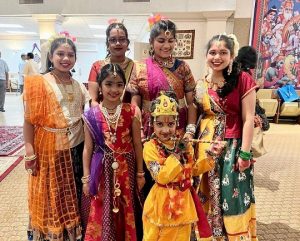 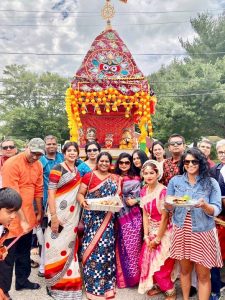 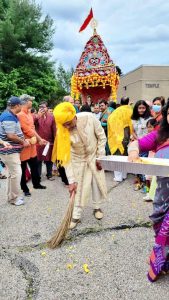 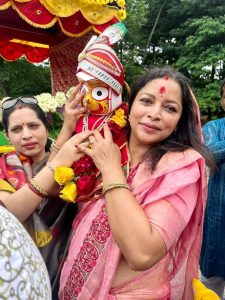 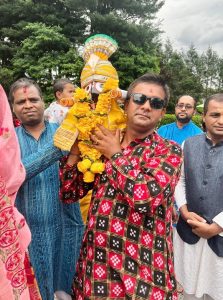