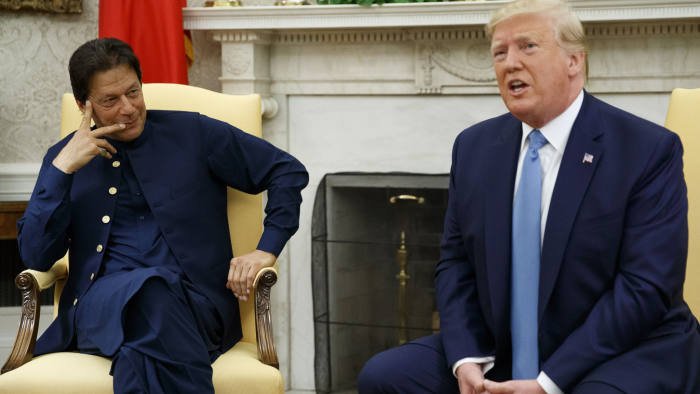 New Delhi: India on Tuesday categorically refuted US President Donald Trump’s claim that he was asked by Prime Minister Narendra Modi to play mediator in the Kashmir issue.

Seeking to put an end to the controversy triggered by Trump comments during his meeting with the visiting Pakistani premier Imran Khan in Washington, External Affairs Minister S Jaishankar in Parliament reiterated India’s consistent position on discussing all outstanding issues with Pakistan bilaterally.

“The Shimla Agreement and the Lahore declaration provide the basis to resolve all issues between India and Pakistan bilaterally,” he added.

The Opposition, however, remained adamant, demanding the PM’s statement as Trump had made a specific reference to him.

The matter rocked both the Houses of Parliament, with the entire Opposition led by Congress staging a walkout in Lok Sabha as Jaishankar was making his statement.

The PM remained absent from both the Houses when the matter was raised by the Opposition.

Hours after Trump’s comments, the US State Department issued a statement, saying Kashmir was a “bilateral” issue between India and Pakistan.

“We believe the foundation for any successful dialogue between India and Pakistan is based on Pakistan taking sustained and irreversible steps against militants and terrorists on its territory,” a State Department spokesperson was quoted by news agency PTI as saying.

Congressman Brad Sherman described Trump’s statement as “amateurish” in a Tweet, and said that he had apologised to India’s ambassador to US Harsh Shringa.

Everyone who knows anything about foreign policy in South Asia knows that #India consistently opposes third-party mediation re #Kashmir. Everyone knows PM Modi would never suggest such a thing. Trump’s statement is amateurish and delusional. And embarrassing. 1/2

Micromax Joins Hands With Huawei To Sell Phones In India