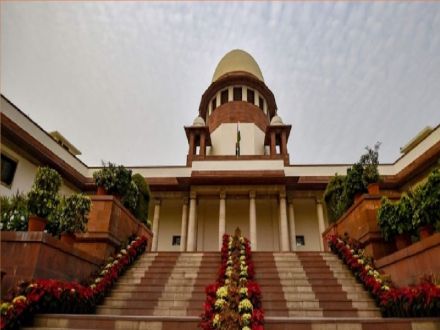 New Delhi: In a scathing observation, the Supreme Court said on Thursday that India cannot have parallel legal systems, one for the rich, resourceful and those who wield political power and the other for “small men” without resources and capabilities to access justice.

The court also said “colonial mindset meted out to the district judiciary” must change to preserve faith of citizens and that judges are “made targets when they stand up for what is right,” The Indian Express reported.

A bench of Justices DY Chandrachud and MR Shah made these significant remarks while cancelling bail granted to Madhya Pradesh BSP MLA’s husband, who had been arrested in the murder case of Congress leader Devendra Chourasia.

“India cannot have two parallel legal systems, one for the rich and resourceful and those who wield political power and the other for small men without resources without capabilities to gain justice. The existence of dual system will only chip away the legitimacy of the law. The duty also falls on the state machinery to be committed to the rule of law,” the top court said.

“The colonial mindset meted out to the district judiciary must change, it is only then that civil liberties for every citizen, be it accused victim or civil society will be meaningfully preserved in our trial courts which are first line of defence for those who are being wronged,” the bench said.

Reality Check: Odds And Ordeals Of Vaccination In India