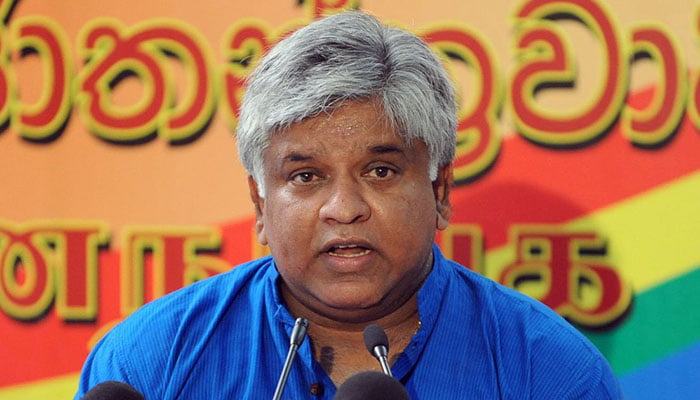 Colombo: As Virat Kohli and his team are taking a break in England ahead of next month’s five-match Test series against the host country, a Shikhar Dhawan-led Indian side has landed in Colombo to play a limited-overs series against Sri Lanka.

Former Sri Lanka captain Arjuna Ranatunga is not amused about India fielding two parallel teams in different assignments. He pulled up the Sri Lankan cricket board for agreeing to host the second-string Indians in a white-ball series that will feature 3 ODIs and 3 T20 Internationals.

“This is a second-string Indian team and their coming here is an insult on our cricket. I blame the current administration for agreeing to play with them due to television marketing needs,” said Ranatunga.

“India sent their best team to England and sent a weaker side to play here. I blame our board for that,” said the man who led Sri Lanka to World Cup glory in 1996.

Ranatunga is not known to mince words. He may have a point on paper, but it won’t pass muster if cricketing logic is followed.

The fact of the matter is that this is a rescheduled tour, which was originally supposed to happen in 2020 but got suspended because of the COVID-19 outbreak.

As July happens to provide the only window in the Indian team’s cricketing schedule, the BCCI made the offer to the Lankan board.

Though the India versus England Test series starts in August, there is no way the likes of Kohli, Rohit Sharma, Jasprit Bumrah, Rishabh Pant can fly down to Sri Lanka for these games and again return to England for the five-day matches in these times of pandemic.

So if India were to travel to Sri Lanka, it had to be a second-string team only. Or else, the tour had to be scrapped this year also.

It won’t be a surprise if this young and talented Indian team of white ball specialists beat Sri Lanka’s first-choice team in the upcoming series.

The Sri Lankan team is going through a process of transition, and has been in woeful form on the ongoing tour of England. The island nation can only benefit if its cricketers get some more match exposure, especially on home turf.

Maybe Mr Ranatunga will change his opinion once the matches are completed.

Vaccination To Gather Momentum In Odisha From Monday