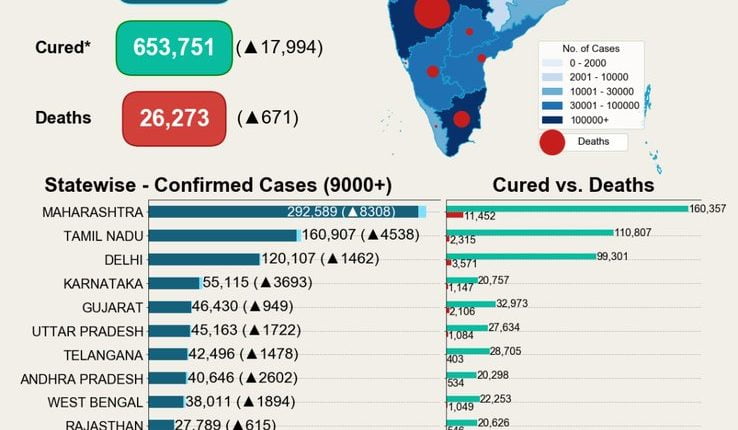 New Delhi: India registered a record single-day spike of 34,884 COVID-19 cases taking the country’s tally to 10,38,716 on Saturday, after having crossed a grim milestone of one million mark only on Friday.

The death toll surged to 26,273 with 671 more succumbing to the infection across the country in the same period, the Union Health Ministry said. 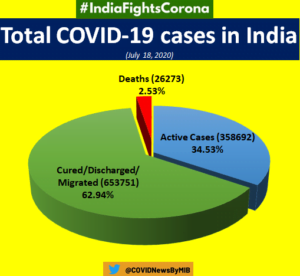 According to a PIB press release, the fatality rate at 18.6 deaths/million of the country is one of the lowest in the world. Almost 80 per cent of the asymptomatic and mild cases are advised home isolation under medical supervision. 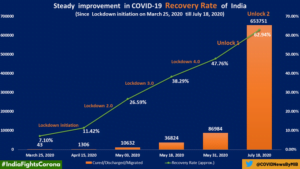 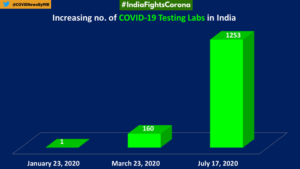 However, Kerala government on Friday confirmed community transmission in the coastal areas of the Thiruvananthapuram district.

Sudden lockdowns on short notices by state governments though have begun to hurt industrial activity in plants located both within and outside containment zones and has created uncertainty for workers.

In 100 hours, the global tally of coronavirus cases saw a whopping increase of 1 million cases taking the overall caseload from 13 million to 14 million, reported Reuters.