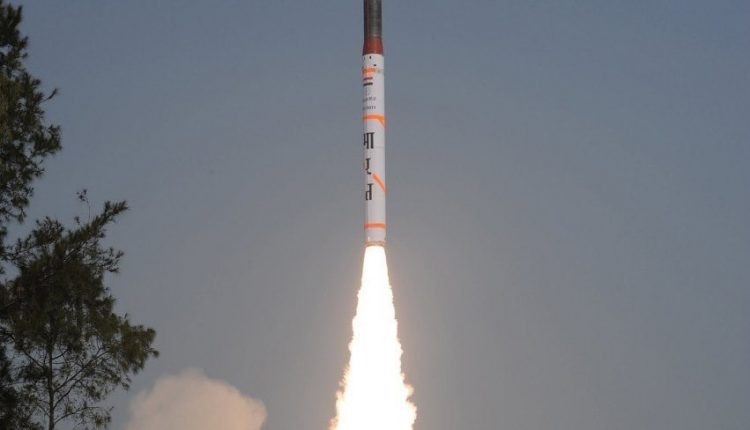 Bhubaneswar: A nuclear-capable Agni-IV ballistic missile, capable of striking targets 4,000 km away, was successfully test-fired off the Odisha coast on Monday. The test was carried out at 7.30 pm from APJ Abdul Kalam Island in Balasore district, marking a significant boost to the country’s military capabilities.

The training launch of Intermediate-Range Ballistic Missile was carried out under the aegis of the Strategic Forces Command, stated the Defence Ministry.

The government said the launch validated all operational parameters as also reliability of system.

Agni-IV is the fourth in the Agni series of missiles – earlier known as Agni II prime – developed by the Defence Research and Development Organisation or DRDO.

Last year, India successfully test-fired the nuclear-capable strategic Agni Prime missile with the capability to hit targets between 1,000 to 2,000 kilometres.