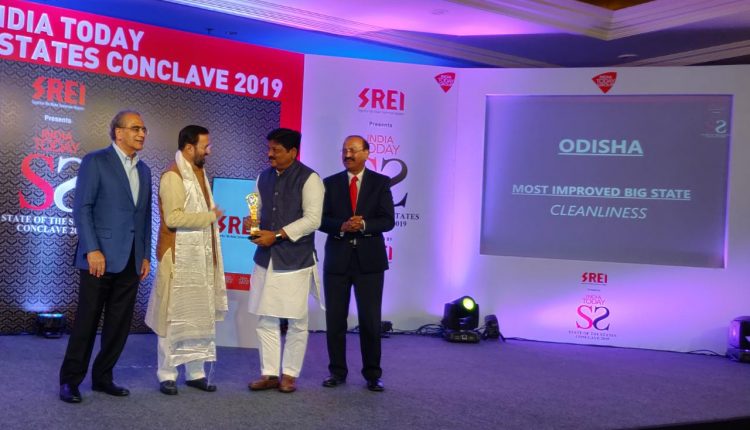 Bhubaneswar: Odisha has been adjudged as the ‘most improved big state in the cleanliness’ category by India Today in its annual ‘State of the States survey.

Chief Minister Naveen Patnaik hailed the State’s achievement in a Tweet. He congratulated the Housing and Urban Development Department and sanitation workers for ensuring adequate sanitation and maintaining a clean and green environment.

The survey has come as a big morale booster for the State as a government study published just a day earlier had panned Odisha for its state of sanitation.

According to the Swachh Survekshan Grameen 2019 survey of the Union Jal Ministry, the state had 12 of the bottom 25 districts in terms of cleanliness and sanitation across the country.

Bodh district in Odisha fared the worst among all districts in the country with a survey score of 683. Jharsuguda (681) and Puri (679) were also among the 10 least clean districts.

Mothers From 7 Countries In Bhubaneswar To Study Family Values