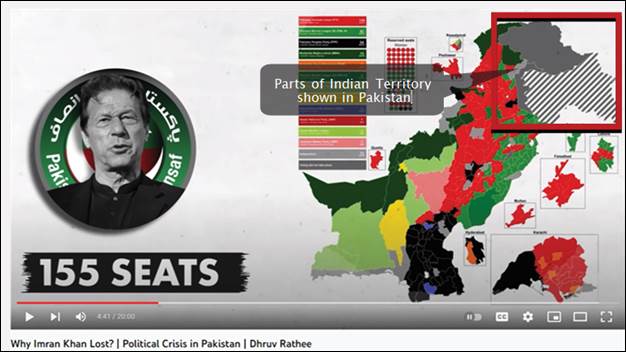 New Delhi: Based on inputs from intelligence agencies, the Ministry of Information & Broadcasting has directed YouTube to block 45 videos from 10 YouTube channels.

The blocked videos had a cumulative viewership of over 1 crore 30 lakh views, the I & B ministry informed.

The government said that morphed images and videos were being used to harm India’s national security, foreign relations and public order.

The videos included false claims like the Central government having taken away religious rights of certain communities, violent threats against religious communities, declaration of civil war in India, etc.

Some of the blocked videos were being used to spread disinformation on issues related to Agnipath scheme, Indian Armed Forces, India’s national security apparatus, Kashmir, etc, the I & B ministry stated.

Some videos depicted erroneous external boundary of India with parts of J & K and Ladakh being shown outside Indian territory.