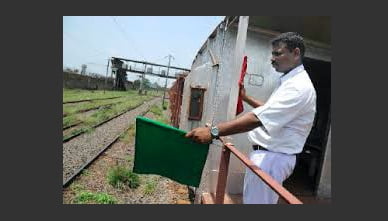 New Delhi: Train “guard” have been redesignated as “train manager”. This long-standing came into effect on Thursday.

The Railway Ministry said the new designation of ‘train manager’ is “more in consonance with their existing duties and responsibilities” and will improve the motivation level of the employees.

The ministry, however, clarified that the pay levels will remain unchanged after redesignation and so also the method of recruitment, seniority and avenues of promotion. “The revised designations will not entail any change in their pay levels, method of recruitment, existing duties and responsibilities, seniority and avenues of promotion,” the circular issued to the general managers (GMs) of all zones said.