With this, India crossed a grim milestone to become the second country in the world after the US to record 5 million COVID-19 cases, with the last 1 million being reported in a record time of 11 days.

About 1,290 people have succumbed to infection in the last 24 hours, informed the Union Ministry of Health and Family Welfare.

A total of 82,066 people have lost their lives due to COVID-19 so far with the country reporting more than 1,000 daily deaths for a fortnight in a row. India’s case fatality rate due to COVID-19, however, has dropped to 1.63 per cent. 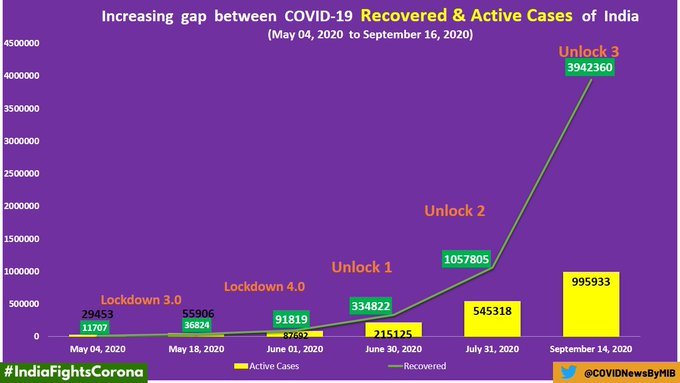 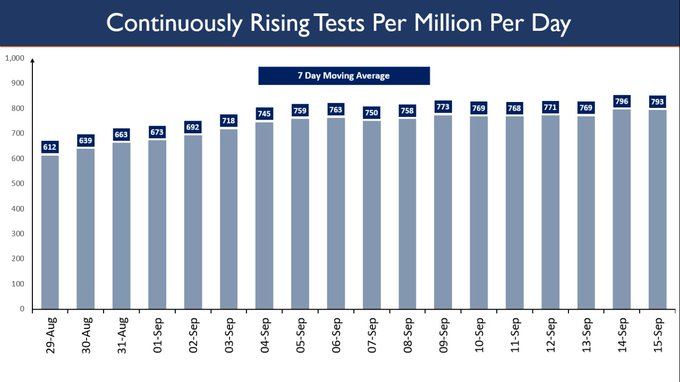 “RT-PCR and Rapid Antigen Test (RAT) capacities have been substantially scaled up in all states. On an average, more than 9.5 lakh samples are being tested in government labs and over 1.2L in private labs. At this rate, India is slated to overtake the USA in testing. While the number of daily tests has increased as an integral part of CHASE THE VIRUS strategy, states have been advised that all symptomatic negatives of Rapid Antigen Tests are mandatorily subjected to RT-PCR,” said the ministry.

Over 5 lakh PPE Are Manufactured Every Day In India: Union Health Minister

Over 5 lakh PPE Are Manufactured Every Day In India: Union…

Does Govt Have Rs 80K Crore To Buy & Distribute COVID…