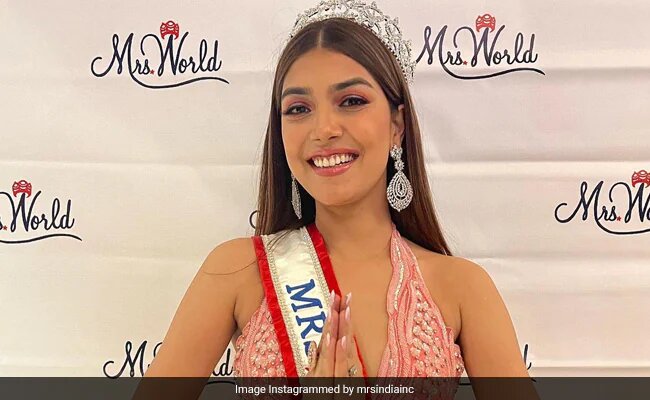 New Delhi:  India brought back the title of Mrs World after 21 years, with Sargam Koushal getting crowned at a gala event in Las Vegas. Koushal trumped contestants from 63 countries to win the title.

Sharing the news on Instagram, the Mrs India pageant said, “The long wait is over, it’s after 21 years we have the CROWN back!”

Sargam  Koushal who hails from Jammu and Kashmir burst into tears after being crowned the winner and also shared a video describing how elated she was to win the title.

“We’ve got the crown back after 21-22 years. I’m so excited. Love you India, love you world,” the newly-crowned Mrs World said.

Koushal holds a postgraduate degree in English Literature. She has worked as a teacher in Vizhag and her husband works for the Indian Navy.

Mrs World is the first beauty pageant for married women. The pageant was conceived in 1984 and traces its roots to the Mrs America pageant. Initially, the pageant was named Mrs Woman of the World. It came to be known as Mrs World only in 1988. Over the years, Mrs World has seen entrants from over 80 countries with America having the most number of winners.

India has only won the Mrs World title once, in 2001 with Dr Aditi Govitrikar bagging the coveted crown. Dr Govitrikar was a judge for Mrs India Inc 2022-23.

Aditi Govitrikar also congratulated Sargam Koushal on the feat and wrote: “Heartiest congratulations @sargam3 @mrsindiainc so happy to have been part of the journey.. it was time the crown came back after 21 years.” For the final round, Koushal wore a pink centre slit glittery gown designed by Bhawna Rao and was mentored for the runway by pageant expert and model Alesia Raut.