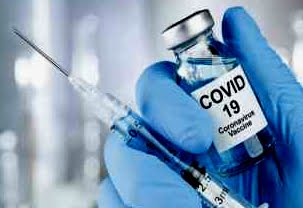 Bhubaneswar: The Odisha government on Thursday said preliminary assessment has revealed that the COVID-19 vaccines provide between 71% and 91% protection against the virus.

However, the real efficacy of the vaccines can be determined only after a thorough analysis, Director, Health Services Bijay Mohapatra told the media.

“As the symptoms of a person depend on how far the antibody is able to fight against the virus, we will be able to know the efficacy of the vaccine on the basis of the number of infections, recoveries and deaths after a detailed post-vaccination analysis,” Mohapatra added.

He stated that active surveillance will be intensified in the districts with higher test positivity rate (TPR).

At the same time, the rate of infection that had gone up rapidly in 17 districts, has declined at a faster rate, he informed.

“We hope that the TPR in these districts shall have come down by the end of June,” he said.

Locals Rush To Collect Vegetables After Truck Overturns In Bhubaneswar