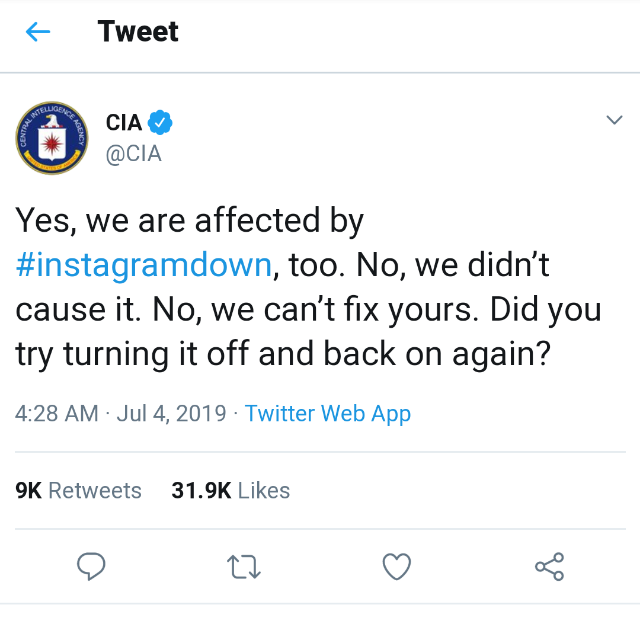 The outage that caused Instagram, WhatsApp and Facebook to stop working properly lasted a whole nine hours. The company explained that it happened due to a routine maintenance procedure that resulted in a bug.

While people expressed their frustration on Twitter with hashtags like #InstagramDown and #FacebookDown, USA’s Central Intelligence Agency (CIA) banked on humour to lighten the situation.

CIA tweeted that they were also affected by the outage, and joked that they didn’t cause it. They added: “Did you try turning it off and back on again?”

Yes, we are affected by #instagramdown, too. No, we didn’t cause it. No, we can’t fix yours. Did you try turning it off and back on again?

The tweet has gone viral and has been retweeted over 9,000 times.

Regular Classes For Plus III First Year Students From August 8