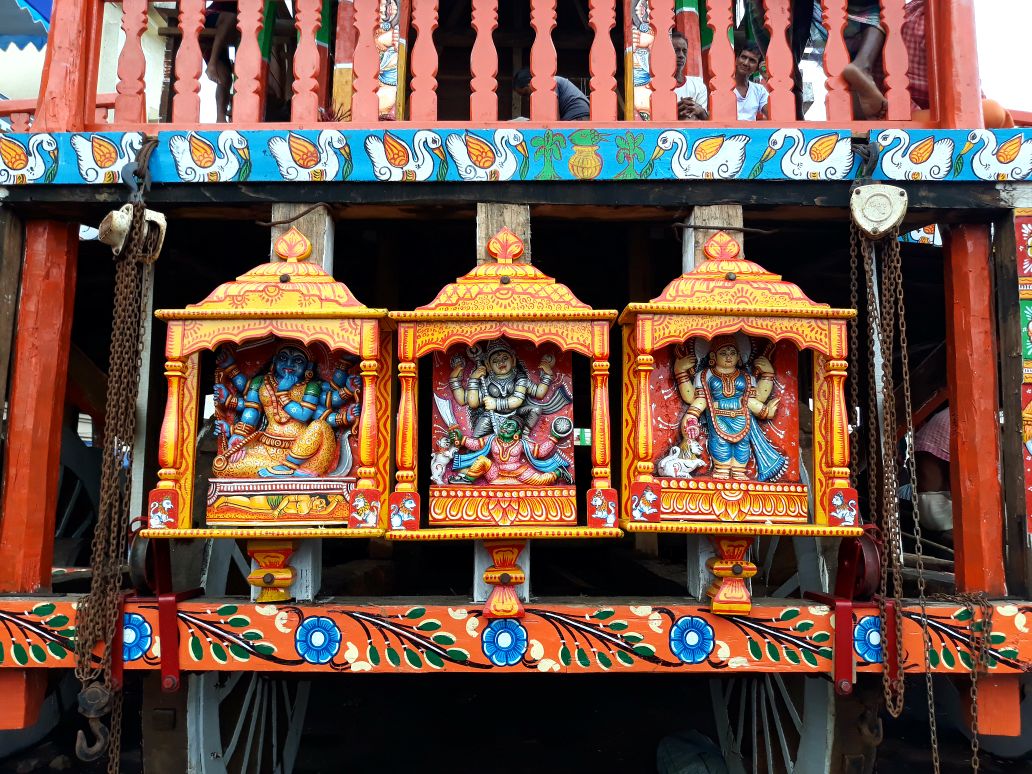 Puri: Rath Yatra is also known as Dasavatara Yatra. The reason can be found in the ‘Skanda Purana’.

The answer is hidden in a conversation between Shri Skanda and Shri Mahadeva in Chapter-58 of the Skanda Purana.

In this chapter, Shri Skanda is asking Shri Mahadeva as to why Shri Purushottama Khetra is known as Dasavatara Khetra. Mahadeva replies that Lord Vishnu takes different incarnation in different Yugas in the service of the people.

Explaining the Dasavataras, Shri Mahadeva says there are ten incarnations of Lord Vishnu. One of them is Lord Brahma and the second, Lord Shiva. His third and fourth Avataras are, Sanandani and Goutamadi Rishi respectively. Lord Vishnu’s fifth Avatara is Indra and 33 Devatas.

For the service of the people, Lord Vishnu comes in the incarnation of a fish. Notably, all the Devatas and Rishis are also his incarnations.

Lord Vishnu starts his journey of servicing mankind from Puri. After the incarnations he returns to this place and lives here.

It is believed that a devotee gets the same result after darshan of Matsya (fish) Avatara and Lord Shri Jagannath.

For this reason, Rath Yatra of Lord Shri Jagannath in Shri Purushottama Khetra or Dasavatara Khetra is known as Dasavatara Yatra.