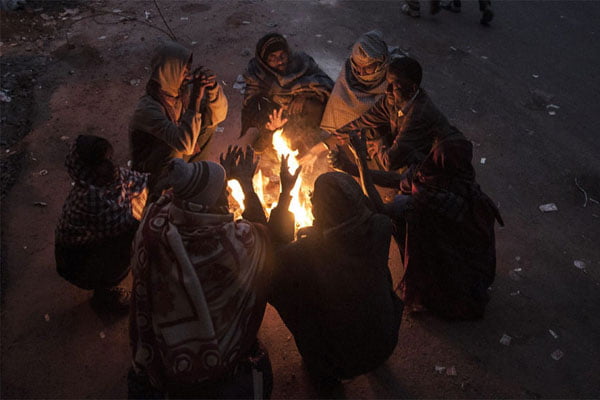 Bhubaneswar: Acting on the intense cold wave warning in Odisha by the India Meteorological Department (IMD), the state government on Sunday advised the people to remain indoors.

In a release, Special Relief Commissioner (SRC) Pradeep Jena said since there is an increased likelihood of cold-related illnesses among the people, it may get further aggravated due to prolonged exposure to cold.

The SRC also advised the people to keep their livestock in the shed as prolonged exposure to cold will affect their health.

The SRC directed the collectors of the districts under the orange and yellow warning to ensure that immediate arrangement is made for the opening of school buildings, community buildings and other available buildings for use as the night shelter by the homeless and needy people.  He also asked them to submit a report mentioning the number of such buildings used as night shelters and the number of people sheltered there on a daily basis till the cold wave situation is over.

Besides, the collectors were directed to step up public awareness campaign on do’s and don’ts to protect the people and livestock from the cold wave in rural and urban areas.

The IMD in a special bulletin has issued orange and yellow warning for the following districts.

December 20
(Orange warning)
Severe cold wave conditions at one or two places over the districts of Mayurbhanj, Angul,  Jharsuguda, Bargarh and Sundargarh.

December 21
(Orange warning)
Severe cold wave conditions at one or two places over the districts of Mayurbhanj, Angul,  Jharsuguda, Bargarh, Sundargarh and Dhenkanal.

Vaccine Update: Oxford Set For UK Approval Next Week; Moderna To Be Rolled Out In US Tomorrow