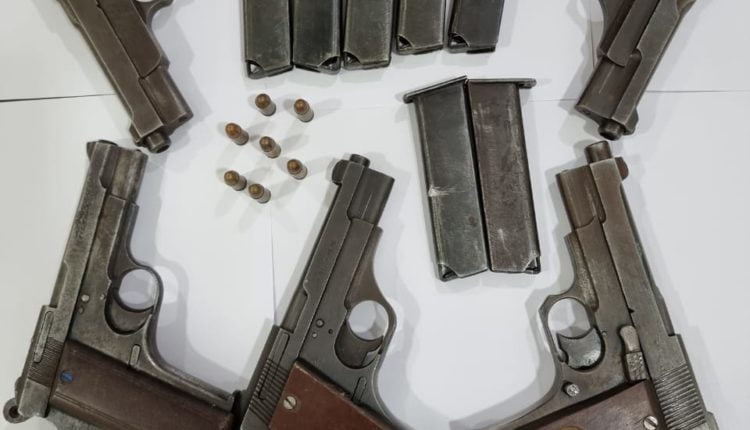 The accused persons were identified as Rabindra Prasad of Munger in Bihar and Biswanath Bisoi of Srikushnapur in Balasore district.

Acting on tip-off, an STF team intercepted the criminals near Ranital in Bhadrak and seized five pistols, seven magazines and seven bullets from their possession.

The two accused will be forwarded to a court,  said sources.

During the past one year, the STF has seized 27 firearms, 61 bullets and arrested several criminals in the drive against illegal arms and ammunitions.