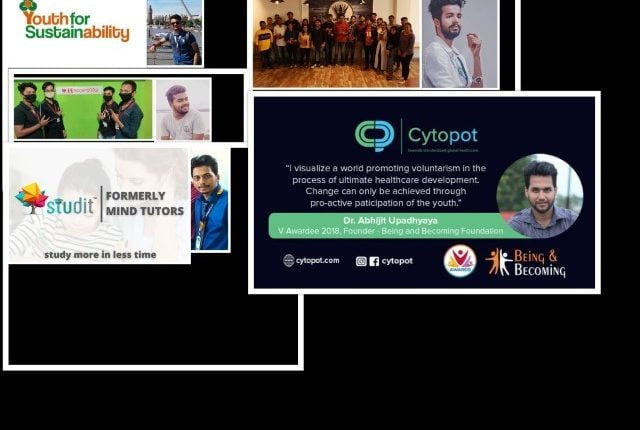 Bhubaneswar: In the age of Gen Z self-starters chasing goals, fulfilling dreams and ticking off bucket lists, there are some who are synthesising the social responsibilities and family values with holistic business practices.

The theme of International Youth Day for 2020 – Youth Engagement for Global Action – could not be more apt given the current conditions. It seeks to shed light on “the ways in which the engagement of young people at the local, national and global levels is enriching national and multilateral institutions and processes.”

Here are the stories of five young entrepreneurs from Odisha who are raising the banner of their projects to greater heights using technology and innovation for the social good:

The Youth For Sustainability is a volunteer-driven, non-profitable organization which focuses on the groundwork that needs to be done to bring a change. These volunteers believe in “Action before Reaction” and are working to achieve the Sustainable Development Goals 2030.

Committed to actionable work for the environment, they are working on alternative ways to make sustainability a lucrative alternative.

This Youth-led initiative in Odisha, since its inception, is now active across three cities – Bhubaneswar, Visakhapatnam and Delhi.

Punyasloka Panda, the lead coordinator of Youth For Sustainability and founder of the startup Blueyard is a native of Dhenkanal and an alumnus of Ashoka University, Haryana. His current projects are ‘Treemonetization’ and ‘ConTreebute’.

He is currently working on a plastic-free drive in the entire town of Dhenkanal. 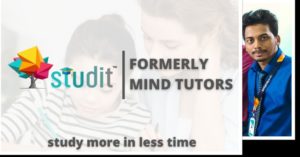 Bibek Kumar Biswal, Founder-CEO of Studit, formerly known as Mind Tutors, is a hyperlocal edtech startup based out of Bhubaneswar and is currently functioning in many tier-II and tier-III towns of Odisha.

It is a one-stop solution to provide home tutors at the doorstep and create a transparent tutor-student-parent interface. They are enforcing technology to bring discipline to this vastly unorganized sector of delivering quality home tuitions by remaining constantly vigilant in providing good home tutors and mapping the performance of both teachers and the students both in offline and online mode.

In Bhubaneswar and Cuttack they are currently providing an offline mode of tutoring but in other towns, the mode remains online. They recruit tutors with a minimum three years of experience and allocate them according to students’ needs measured through a test.

Bibek is a native of Bhadrak and alumnus of Gandhi Engineering College. 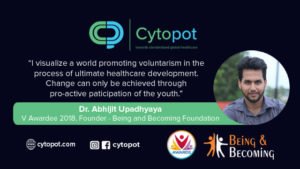 Dr Abhijit Upadhyay, founder-CEO of Cytopot, realised that certain key problems of the healthcare system in the country – overburdened and disorganised private clinics and OPDs, overcrowding in the areas for patient waiting and lack of real-time updates about the unanticipated rescheduling of appointments – led to a loss of significant working hours for the patients and fewer patient consultations per day. Thus Cytopot came into existence on August 1, 2020.

Cytopot is an innovative healthcare ecosystem with an aim to streamline health care services across the country. In both the mobile application and web-based portals, patients can track their appointments on real-time, e-prescription can be generated and doctors can also refer patients to specific healthcare services.

Abhijit, who hails from Balasore, is an alumnus of the Institute of Medical Sciences, SOA University. He had also founded an NGO named Being and Becoming five years ago. His samaritan deeds have won him several accolades.

The Write Order, a progressive publishing house on a mission to extract the best of literature from among the hidden and talented writers, was founded by Niket Raj Dviwedi.

It was born out of the zest to create a marketing and advertising solution which targets to bridge the gap between the sales of the book and its transparency with the book’s authors.

However, it would be a mistake to assume that The Write Order is just a publishing house. They establish the author as well. It was started in October 2018.

The Write Order has published over 10 anthologies, 13 novels and another 10 are in production. They have engaged 500 authors across India and currently, retail from Amazon.in only. Their app will be out later this year.

They have also initiated a writers community called Indian Pen. They organise tri-monthly writing competitions whose winner gets his work published in paperback.

The 22-year-old CEO is an alumnus of Kalinga Institute of Industrial Technology who pursued Electrical and Electronics Engineering.

After concluding his two-month internship with Eatgood Technologies – the brains behind food tech company HungerBox – in 2016, Subham noticed its need in his hometown. In December 2017, this 24-year-old started this start-up and is generating a revenue of Rs 70-80 lakh since last year. Even during the lockdown, they partnered with the district administration while adhering to FSSAI guidelines.

Hungrytin might seem a lot like Swiggy or Zomato, but they are focused on Tier III cities alone, starting with Baripada in Mayurbhanj district, its home base. They deliver groceries, organise outstation cabs and connect homemakers who whip up excellent dishes with hostelers or students craving for some soul-warming homemade food.

Subham Rana, founder-CEO, is a student and is pursuing a PGDM in Data Analytics from the International School of Management Excellence in Bengaluru. He is a native of Baripada.

Now that they have a stronghold in Baripada, Hungrytin, available on the Google Play Store, wants to expand to other Tier III cities of Odisha too.

On International Youth Day, Odisha Acknowledges The Role Of…