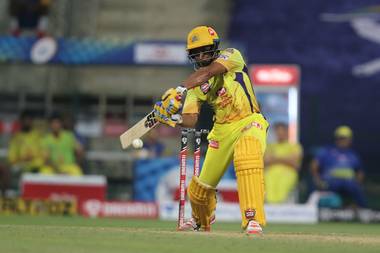 Abu Dhabi: Mumbai Indians lost yet another opening match of the Indian Premier League as they were handed a five-wicket defeat by Chennai Super Kings in the IPL 13 opener at the Sheikh Zayed Stadium here late on Saturday. This was Mumbai India’s sixth straight loss in the UAE.

Ambati Rayudu (71 off 48 balls) and Faf Du Plessis (58* off 44 balls) took the match away from Mumbai Indians who had scored 162/9 batting first. In reply, Chennai Super Kings achieved the target with four balls to spare losing only five wickets.