Is Drug Meant For Cancer, Arthiritis Effective For COVID Patients Too? 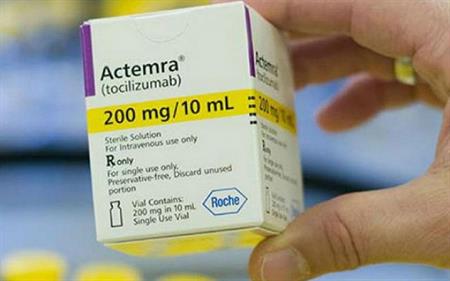 The study, published in the journal ‘The Lancet Rheumatology’, included 630 patients who were admitted to the ICUs of 13 Hackensack Meridian Health hospitals in New Jersey, the report said.

In the observational study, 210 patients received tocilizumab, and the other 420 did not.

Tocilizumab was considered for off-label usage for the patients whose respiratory symptoms were declining; many of whom were requiring mechanical ventilator support, IANS reported.

There was a statistically significant decrease in hospital-related deaths among the patients who received tocilizumab, the findings showed.

There was a 36 percent decrease in hospital-related mortality among ICU patients who received the drug, compared with patients in the ICU who did not receive it, IANS reported.

“Our work in treating this terrible virus, and learning more about it each day, continues to benefit thousands of patients as the pandemic continues,” IANS quoted Robert C Garrett, CEO of the Hackensack Meridian Health in the US as saying