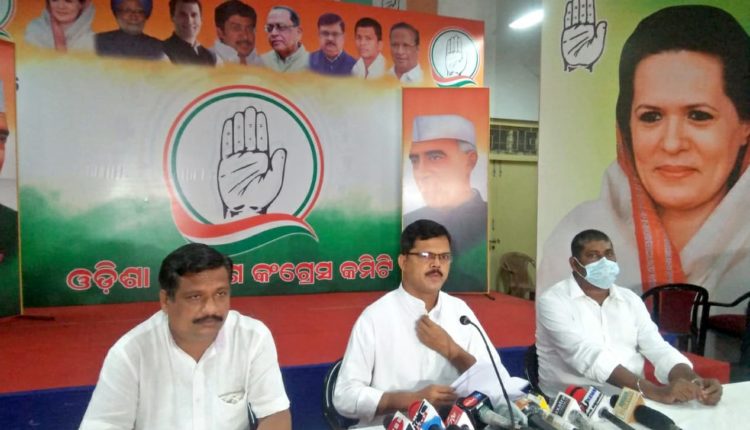 Bhubaneswar: The Congress on Monday took a swipe at the Odisha government for allegedly hiding the COVID death figures.

Briefing the media at the Congress Bhawan here, Odisha Pradesh Congress Committee (OPCC) spokesperson Nishikant Mishra said there is no respite for ambulance ferrying bodies of the COVID patients and the pyres continue to burn in the cremation grounds across the state.

“Amid all the gloom, the government is too busy fudging COVID death figures to project Odisha as the most efficient state in tackling the pandemic crisis,” he said.

Justifying his contention, Mishra said the first death in Nayagarh district during the second wave was reported from COVID Hospital at Chandapur on April 28. Till the submission of this report by the Chief District Medical Officer (CDMO) to the District Social Security Officer, 117 patients had succumbed to the infection at the same hospital. Among them, 21 were from Khurda district.

“The government in its Twitter handle has, however, mentioned about 59 deaths in Nayagarh district during the first and second wave. The Nayagarh case is the tip of the iceberg. One can imagine the situation in the remaining districts. If the state government is keen on helping the families devastated by the COVID -19, it should immediately order a special audit of COVID deaths,” Mishra demanded.

The dashboard showed 62 deaths with two new fatalities added to the tally on Monday.

Congress will rake up this issue in the coming days and stage a statewide agitation, he added.

Additional Chief Secretary, Health, Pradipta Kumar Mohapatra earlier told Odisha Bytes that the COVID casualty figure is released to the public after a proper audit done at the district and state levels in tune with the Indian Council of Medical Research guidelines. “The daily death report has nothing to do with the current fatalities, which has been showing a downward trend like the new infections. The deaths, which took place in early June and May when the cases suddenly shot up, are now being added to the tally after being audited by an expert committee,” he added.