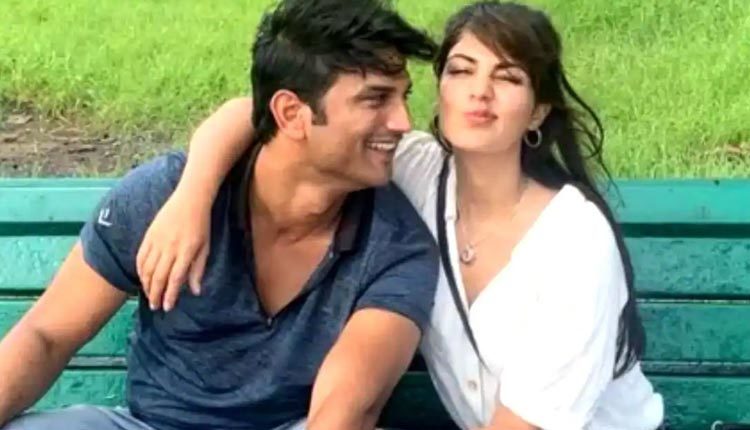 Mumbai: Rhea Chakraborty wrote a poignant, heartfelt note for her ‘whole heart’ Sushant Singh Rajput on his first death anniversary, pleading with him to come back to her.

Rhea, who was dating fellow-Bollywood actor Sushant when he was found dead in his Mumbai flat on June 14, 2020, shared a cute picture of the two of them on Instagram.

Calling him her ‘guardian angel’, Rhea wrote that she experiences a “barrage of emotions” whenever she thinks about him.

“There isn’t a moment where I believe that you aren’t here anymore. They said that time heals everything but you were my time and my everything. I know that you are my guardian angel now -watching me with your telescope from the moon and protecting me,” she wrote.

“I wait for you everyday to come pick me up, I look for you everywhere – I know you’re here with me (heart emoji) It breaks me everyday, then I think of you saying – ‘you’ve got this bebu’ and I carry on to the next day. A barrage of emotions cross my body everytime I think of you not being here,” she added.

“My heart aches to write this, my heart aches to feel anymore.. There is no life without you, you took the meaning of it with you. This void cannot be filled.. Without you, I’m standing still.. My sweet sunshine boy, I promise to give you ‘Malpua’ everyday and read all the quantum physics books in this world- please come back to me I miss you my best friend, my man, my love.. Bebu and putput forever #mywholeheart,” Rhea concluded the post.

Mumbai Police, which was first investigating the case, declared Sushant’s death as a case of suicide. But after Sushant’s father KK Singh filed an FIR accusing Rhea of abetment to suicide and money-laundering, Central Bureau of Investigation (CBI) was assigned to probe the death case, while Enforcement Directorate (ED) and Narcotics Control Bureau (NCB) were asked to investigate money-laundering and drugs angles, respectively.

Rhea was arrested in September 2020 before being released on bail a month later. The investigations are still continuing.