Is Rhea Chakraborty Part Of ‘Chehre’ Trailer Being Released On Thursday? 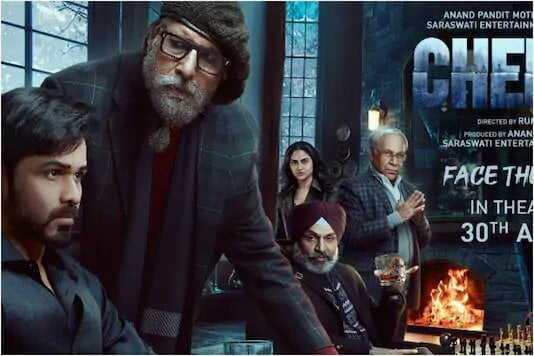 Rhea Chakraborty’s missing face from the poster and teaser of the upcoming movie ‘Chehre’ has created quite a furore. The makers have invited criticism for deliberately keeping her out. The actor had previously confirmed her association with the project on Twitter. But the makers haven’t featured her on any recent creatives. With the trailer releasing on Thursday, March 18, the movie’s producer was asked the burning question: Where is Rhea?

In a statement to a leading daily, producer Anand Pandit acknowledged the mystery surrounding Rhea’s absence. While he tried to explain the reason behind their silence, he ended up giving a vague response, Hindustan Times reported.

“We did not react because we have decided not to talk about Rhea at this moment. We will answer questions regarding her at the right time. At this juncture, there is nothing more I can say,” Anand told Mid-Day.

‘Chehre’ would have marked Rhea’s return after her boyfriend Sushant Singh Rajput’s death by suicide.