Is Saif Ali Khan Preparing To Launch His Son Ibrahim In Bollywood? 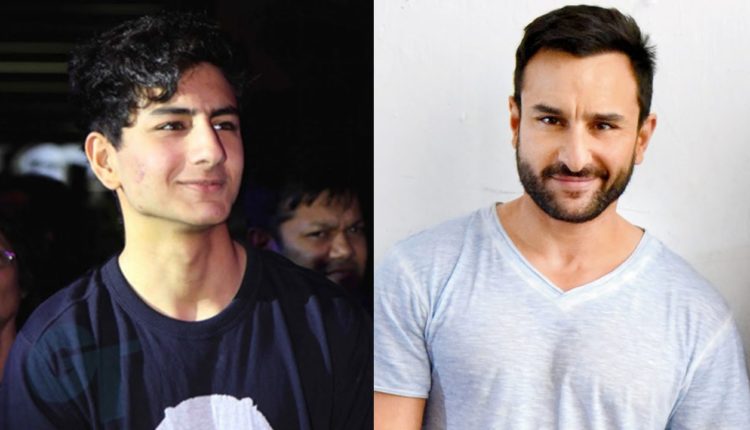 Mumbai: Even as the nepotism debate in film industry has dominated headlines of late, actor Saif Ali Khan is apparently looking forward to launch his son Ibrahim in Bollywood.

In an interview to SpotboyE, Saif said that Ibrahim is ‘prepared’ to make his Bollywood debut.

“Ibrahim seems prepared for a career in acting. And why not? I’d like all my children to be in this profession. It is the best place to work in. I remember at 17-18 I was a mess. Acting saved me from self-destruction. Having the job, the sense of identity it has given me job satisfaction. Also, the enjoyment it has given me is more than I could ask for.”

“He should (join Bollywood), he’s looking good, better looking than I am! He’s a very charming guy. I definitely think all of my children would be interested in acting. We’re an acting family, the whole bunch of us are in the industry. So I’m sure. He’s still a little young, and I’m keener that he does university first. Then, of course, we’ll support him in whatever he wants to do,” he added.

When asked if he would be launching his son, Saif said that he might do so, however he has not decided about it yet.

“I don’t know if I will launch him. It’s an option, and films are certainly a viable career choice for him. He’s sporty and likes the idea of being in the movies rather than pursuing an academic job. No one in the family, with the exception of his sister (Sara), has been interested in the latter anyway,” said the actor.

Sara made her Bollywood debut with ‘Kedarnath’ in 2018.

New Hyundai i20 Gets Over 10K Bookings In 9 Days

Cosmic Radio Waves Detected For The First Time From Space