Is Salman Khan Single Because Of Rekha? Read To Know More 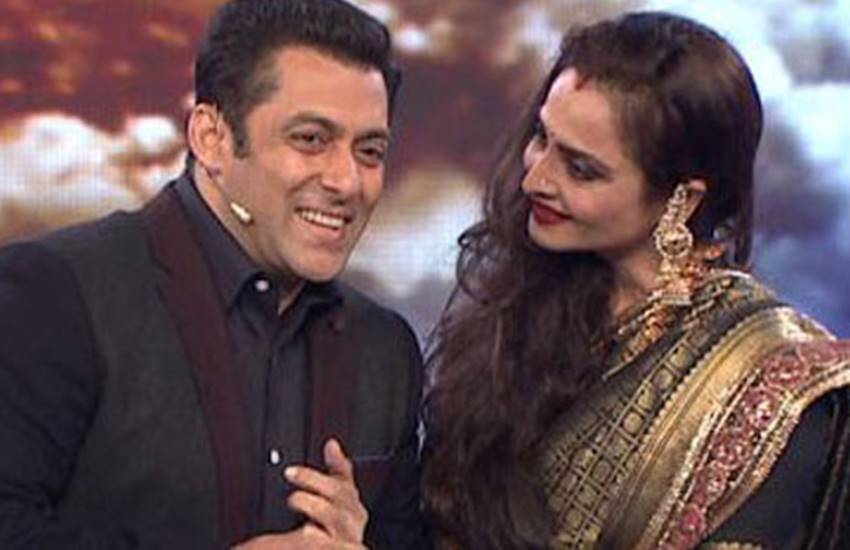 Mumbai: When fans of Bollywood’s most ‘Wanted’ bachelor Salman Khan are eagerly waiting for him to walk down the aisle, hardly anyone knows that Rekha is reason why the actor chose to stay single till date.

On the reality show ‘Bigg Boss’, legendary actress Rekha had revealed that Salman was head over heels in love with her and wanted to marry her.

Following this revelation, ‘Bigg Boss’ host Salman Khan accepted his love for Rekha and said that she is the reason why he is single till date.

Earlier in an interview, Salman Khan had also revealed that Rekha was his neighbour and he was so mesmerised by her beauty that he used to attend her yoga classes just to catch a glimpse of her.

Rekha had also revealed on the reality show that when Salman was just seven-years old, he used to follow her on his bicycle during morning walks.

Salman Khan and Rekha had starred together for the first time in the movie ‘Biwi Ho Toh Aisi’.

COVID-19: Minister Says Faulty Test Kits Will be Returned, No Payment Made Yet