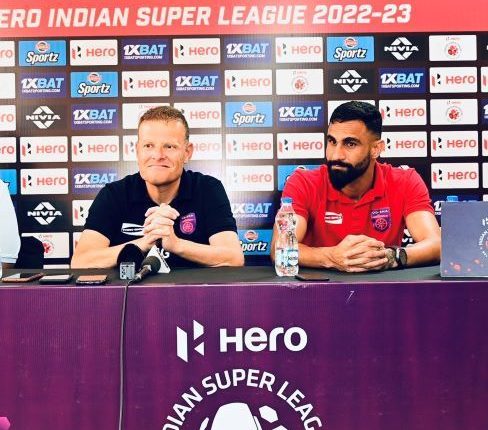 Bhubaneswar: The Kalinga Stadium has seen a flurry of sporting activity, including the FIFA Under-17 Women’s World Cup recently.

Now, the magnificent stadium is ready to welcome back Odisha FC in back-to-back games, after a long gap of 982 days.

Coincidentally, Josep Gombau has returned as head coach of the Juggernauts after his previous stint at the club in 2019, when Odisha last played an ISL game at their home venue.

The COVID-19 pandemic resulted in the previous two editions of ISL being held in Goa.

Come Sunday, Odisha FC will host Kerala Blasters in their first home fixture of ISL-8, before taking on the might of Bengaluru FC on October 27.

It will be Odisha FC’s third game of the season. Having launched their 2022-23 season with a brilliant come-from-behind 3-2 win in Jamshedpur, the Juggernauts went down 0-2 in Mumbai in a fiercely-fought encounter.

Going by their past head-to-head record, it should be an even contest tomorrow. In six meetings so far, Odisha FC have won once and Kerala Blasters twice, while three games have been drawn.

Jacqueline Has No Role In Rs 200-Crore Scam: Conman Sukesh Writes To Lawyer

Odia Filmmaker Anupam Patnaik’s ‘Pratikshya’ To Be Screened At IFFI