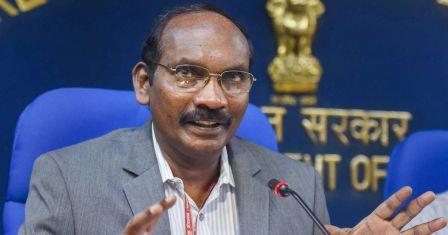 Bhubaneswar: The Indian Space Research Organisation (ISRO) has achieved 98% success in its Chandrayaan-2 mission, the space agency chairman, Dr K Sivan, said after arriving in the Odisha capital on Saturday.

“We had eight scientific instruments in the orbiter and all these instruments are working exactly as we had wanted them to. The pictures sent by the orbiter are of excellent quality and they will help ISRO conduct further space research,” Sivan told mediapersons at Biju Patnaik International Airport.

The ISRO chief informed that the earlier projected life span of the orbiter one-year. “But going by the way it is functioning now, it is expected that it can go on doing so for seven years,” he added.

On the next mission planned by the space agency, Sivan said ISRO was giving utmost priority to the Gaganyaan Mission. “We are trying to set the target for this mission for next year. For this, we are working on different options. But first of all, we have to understand what really happened to the Lander. That is our first priority now,” he said.

This is Sivan’s the first visit to Odisha after the launch of the Chandrayaan-2.

The ISRO chairman is scheduled to attend the 8th convocation ceremony of IIT Bhubaneswar later in the day.