It Is An Afterthought, Says Japani On Humane’s Clarification On Jagannath Bhajan [Watch] 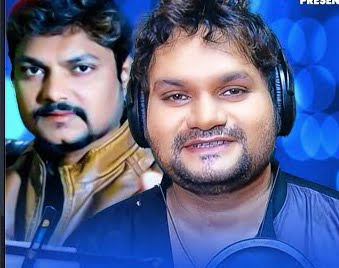 Bhubaneswar: A day after popular Odia singer Humane Sagar clarified that he was not averse to singing Jagannath bhajan, music director Debashis Mallick, popularly known as Japani, on Saturday said this was an afterthought since the singer received several derogatory comments after the former spoke about him having turned down his offers.

“Has no music director ever approached him for singing a bhanaj in the last 10 years despite him giving so many hit songs?” Japani questioned, adding that the singer put out a message only after he spoke on the issue.

In a video message, Humane said he would love to sing Jagannath bhajan and perhaps, his turn is yet to come. “It’s a misconception that I don’t want to sing bhajans. Such speculations have pained me. I will never hurt the religious sentiments of people,” he said referring to Muslim-born Salabega, and Dasia Bauri, a weaver from a low caste, known for their supreme devotion to Lord Jagannath.

Japani said singing ‘Kalia’ bhanjan will make him a better person. “When I met Humane at a studio during the Rath Yatra and requested him to sing a Jagannath bhajan, he hurled insulting words at me. It was hurtful since he considers me his elder brother and often touches my feet. And this not the first time that I requested him to sing a bhajan, he has been turning down my offers for the last 5 years,” he added.

The music director has also lodged a complaint against the singer at the Kharavela Nagar Police station alleging that he had given him death threats. Bablu, an associate of Humane, telephoned a singer namely, Tapu Nayak, when he was with Japani and threatened to kill Japani if he came to Cuttack. Humane was allegedly irked with the music director since he had requested him multiple times to lend voice to bhajans.