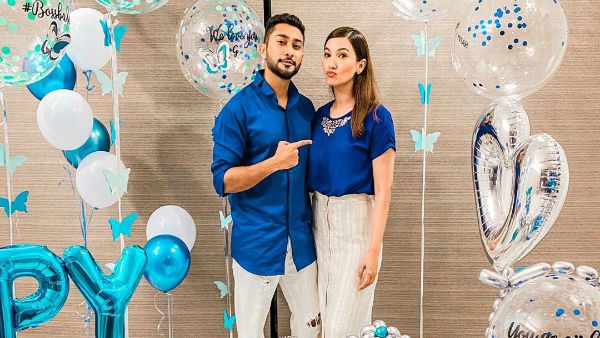 Gauhar took to her official Instagram handle and shared a photo in which the couple is seen holding balloons. On one of the balloons it was written “She said Yes”.

Along with the pic, Gauhar posted a ring emoji in the caption.

Gauhar and Zaid had made their relationship official on social media platform a couple of months back.

Zaid is the son of popular music director Ismail Darbar.  Talking about his son’s relationship with Gauhar, Ismail told Times of India, “If Zaid and Gauahar get married, why won’t I give aashirwad to Gauahar? If Zaid wants to marry her, why would I object? Zaid is nearly 29, he knows what he’s doing. In fact, that’s exactly what Ayesha told him. She told him that if he’s happy we’re happy too, and he is old enough to decide what’s good for him.”

Reportedly, the couple is all set to get hitched in December.

Painting The Town Red: Bollywood And Its Karwa Chauth Celebrations

Bollywood Beauty Yami Gautam Ties The Knot; Who Is The Lucky…