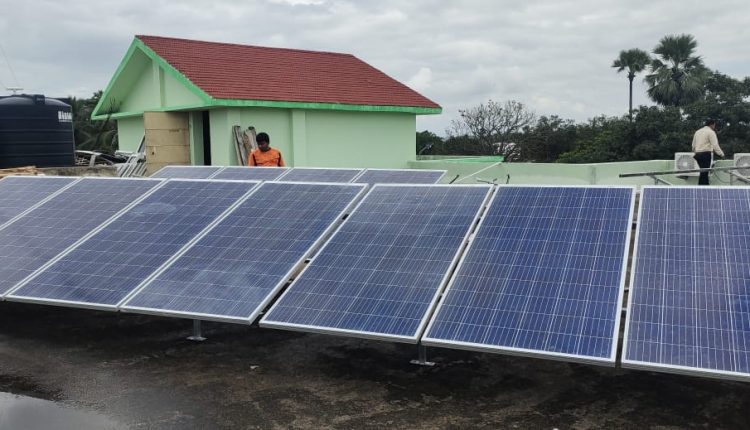 Cuttack/Jajpur: The Regional Transport Office (RTO) in Odisha’s Jajpur has become the first solar powered RTO in the state with installation of rooftop solar system.

NK Pradhan, Regional Transport officer, Jajpur said the purpose of adopting green energy is to reduce electricity bill. “It will save a lot of money in the long run and improve the efficiency of the workplace as solar system can generate enough power without uncertainty and expense of securing a fuel supply,” he added.

Stating that the RTO is still connected to the grid, he said the office will only pay the bills for use of air-conditioners or electricity consumption during complete cloud cover, according to an STA release.

“At the rate of recurring cost of approximately Rs 1000 per day for 20 office days, around Rs 20,000 will be saved. Around 30 units of power every day will reduce the grid energy bills. The office will not have to pay for approximately 250 units consumed during 10 holidays,” Pradhan said.

The solar project has been entrusted to ITI Ltd, Bhubaneswar which has installed 10-kw hybrid rooftop solar system with 4 hours battery backup. The project has been commissioned at a cost of Rs 7,86,000.