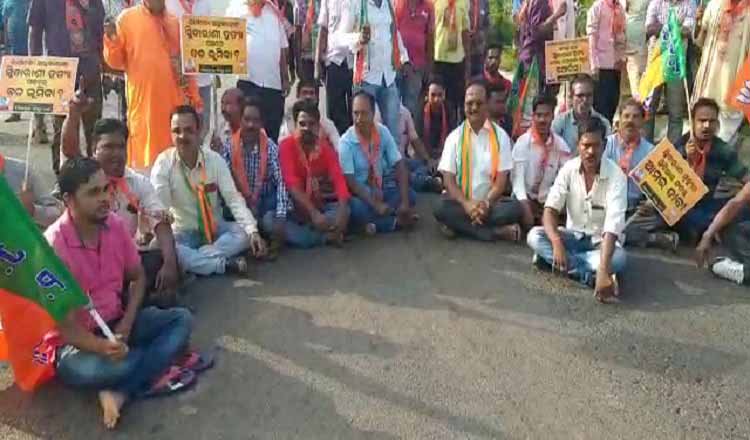 Jajpur: Life was thrown out of gear in Jajpur on Monday following a 12-hour bandh call by the BJP demanding a CBI probe into the death of the Panchayat Extension Officer (PEO) of Haridaspur panchayat, Smitarani Biswal.

All trading establishments and educational institutions remained closed while vehicular traffic came to a grinding halt.

The BJP activists staged a road blockade on NH-16 at Jarka Chhak and NH-215 at Dala Chhak at Jajpur Road. They also resorted to picketing at different places in Jajpur town.

Earlier on Sunday, a BJP delegation had met Director General of Police (DGP) BK Sharma and submitted a memorandum, seeking clarification on how the Jajpur SP briefed the media about the character of the PEO while the investigation was yet to be completed.

The Congress, on the other hand, also condemned the statement of the Jajpur SP. “May be the SP has given such atrocious statement about the character of the PEO under the pressure of the ruling party,” he added.