Jal Satyagraha To Demand Ropeway At Harishankar Temple In Odisha 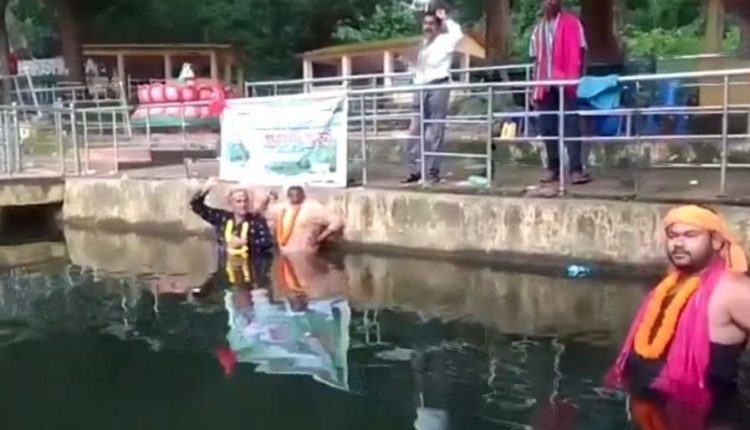 Balangir: A large number of locals staged a demonstration in Balangir on Tuesday, protesting against the Odisha government’s decision to scrap plans to construct a ropeway at Harishankar Temple to connect it with Nrushinghanath Temple in the district.

The Jal Satyagraha protest was organised by Kosalmurti Morcha and several local NGOs and other organisations extended their support. Shops and business establishments were also shut in the area as part of the protest.

One of the protesters fell ill during the demonstration and had to be rushed to nearby Khoprakhol Hospital.

Locals have alleged that the authorities had earlier promised to consider the demand for a ropeway. Following their assurances, the agitation had been withdrawn, but the government is understood to have cancelled the project.

“If our demand is not fulfilled by the government, we will intensify our protests for an indefinite period,” the protesters added.

Due to the hilly terrain between Harishankar and Nrusinghanath, the demand for a ropeway has been made by the people in the area for quite some time.

Thunderstorm Warning For 3 Days In Odisha, Rain To Continue Till Oct 15