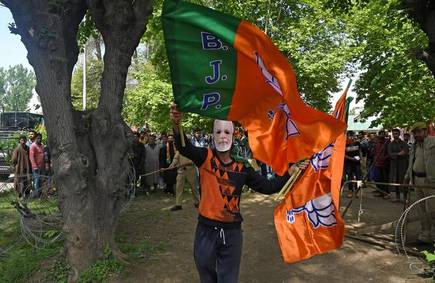 The sarpanch was immediately rushed to a hospital in Qazigund area with bullet injuries where he succumbed to his wounds. So far no terror outfit has claimed responsibility for the attack.

Khandey, who was put up in a secured migrant camp alongside other sarpanchs, was heading towards his home in Vessu when he was attacked. It was barely 20 metres from his residence that he was shot.

It is the second attack on a BJP member in Jammu and Kashmir in less than 48 hours as BJP Panch Arif Ahmed was critically injured after terrorists fired on him in Akhran Qazigund on Tuesday. He is currently undergoing treatment in hospital.