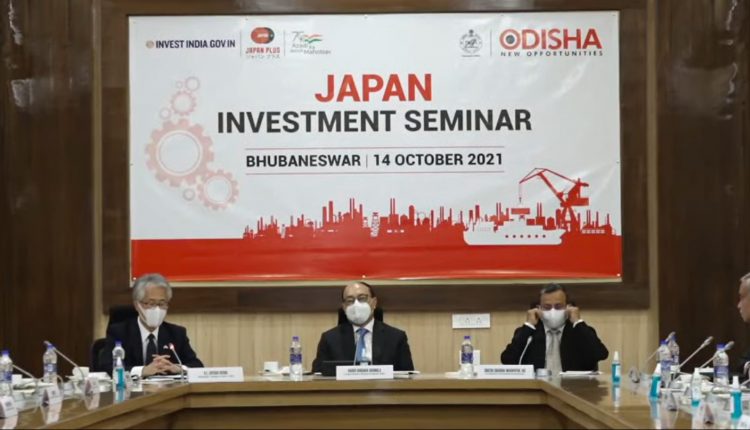 Bhubaneswar: A delegation from Japan, led by the country’s ambassador in India Satoshi Suzuki, explored potential partnership with Odisha on steel, chemical and other sectors at Japan Investment Seminar in the city on Thursday.

Speaking at the seminar, Suzuki appreciated Odisha’s efforts in attracting investments from foreign countries including considerable Japanese companies. He also praised the GO-SWIFT portal for providing all the industrial information, incentives and various services with one click. The number of Japanese companies in Odisha has been increased by 5 times in the last 10 years, he said.

Harsh Vardhan Shringla, Foreign Secretary, who accompanied the delegation, said Japan is one of the largest development partners of India. Praising the good governance and industrial infrastructure of Odisha, he said the state has all the attributes for a conducive business environment.

Speaking on the occasion, Capt Dibya Sankar Mishra, Odisha Minister of Industries, MSME, Energy and Home, thanked Japan for being the country partner in November 2018 when Odisha hosted the 2nd edition of Make in Odisha. “While we have a successful business relationship with Japanese firms and look forward to further strengthening it, our connection with Japan is not just commercial but civilizational,” he said.

Speaking about the business ecosystem of Odisha, Hemant Sharma, Principal Secretary of Industries said, “We have natural advantage in mineral-based industries and have been able to attract investment to the tune of Rs 4 lakh crore in the last two years. Because of huge investment in infrastructure, ports, rail, roads, power and skill development, we are the preferred destination for diversified industries”

Maid Worship As Tradition On Durganavami In Odisha’s Sonepur Palace