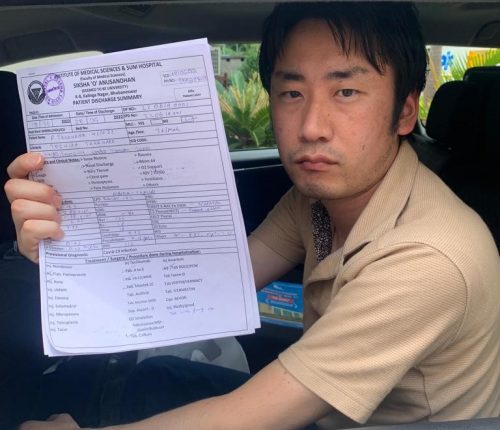 Bhubaneswar: A Japanese national, who was afflicted with COVUD while he was on a visit to India, was discharged from the SUM COVID Hospital in Odisha capital after recovering from the ailment on Tuesday.

P Takahara Kenji, who was in India to attend a programme, fell sick and was admitted to the hospital after showing symptoms of COVID. He complained of fever and cough when brought to the hospital.

However, Kenji fully recovered from the disease following treatment in the hospital. He thanked the doctors and nurses of the hospital for the good treatment he received while being discharged.

‘There’s Threat To Kill Me, Please Save Me’: Udaipur Victim Sought Security 2 Weeks Before Murder