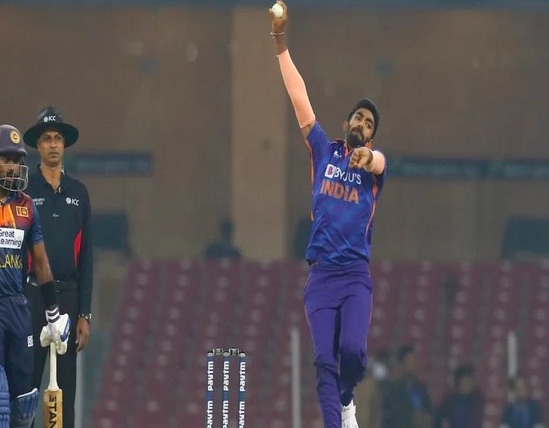 Bhubaneswar: Team India pacer Jasprit Bumrah would miss the upcoming 3-match ODI series against Sri Lanka, starting January 10, as the Board of Control for Cricket in India (BCCI) has decided not to rush him.

Bumrah, who was set to join the team in Guwahati ahead of the ODI series, will need some more time to build bowling resilience. This decision has been taken as a precautionary measure. The All-India Senior Selection Committee has not named any replacement for Jasprit Bumrah, the BCCI said in a statement on Monday.

The BCCI had earlier handed Bumrah, who had last played for India in a T20I against Australia in September last year, a recall to India’s ODI squad for the series. He was also ruled out of the ICC Men’s T20 World Cup due to a back injury.

India will play their first ODI against Sri Lanka in Guwahati.