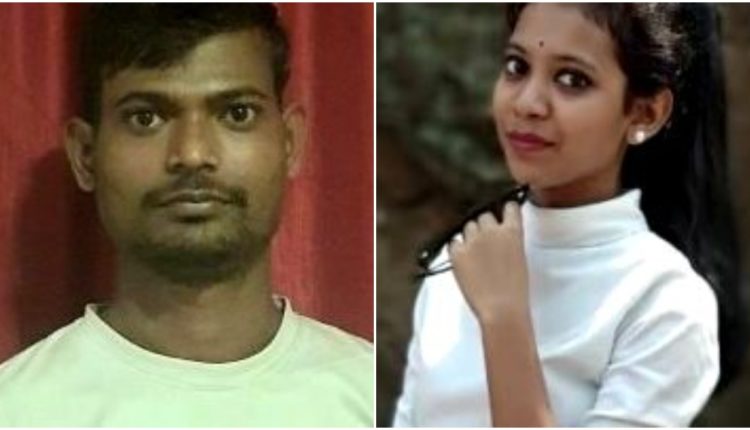 Jajpur: Police in Jajpur district on Tuesday took Rakesh Swain on a three-day remand for further interrogation into the death of his girlfriend Jharaphula Nayak, a Plus III student of Rama Devi Women’s University.

Police brought the accused to Kuakhia police station, where he is being interrogated by the IIC and the Jajpur SDPO.

On Monday, the Jajpur District and Sessions Court had allowed Kuakhia police to take Swain on remand for three days.

The court also directed the police to take the accused on remand from Tuesday forenoon and produce him in the court on Friday.

Sources said police are most likely to take Rakesh to Bhubaneswar for a crime scene recreation.

The deceased, a Plus III second-year Philosophy Honours student, had come to Bhubaneswar on January 24 to attend the birthday celebration of the daughter of her local guardian Chakradhar Behera, a close friend of her father Ramakant Nayak, on January 25.

Though she had told her father that she will reach the village on January 26, she later told him that as she having stomach pain, she will leave Bhubaneswar in the night.

Later, she went with her boyfriend Rakesh and spent the night at the OYO Shiv Sai Guesthouse at Dharma Vihar.

The next morning, Rakesh found her lying unconscious. Later, he informed his friend and together they took her in a scooter to the SCB Medical College and Hospital. But as they came to know that she had died on the way, the duo took her to Jajpur and dumped the body on the roadside near Mulapala Chhak.