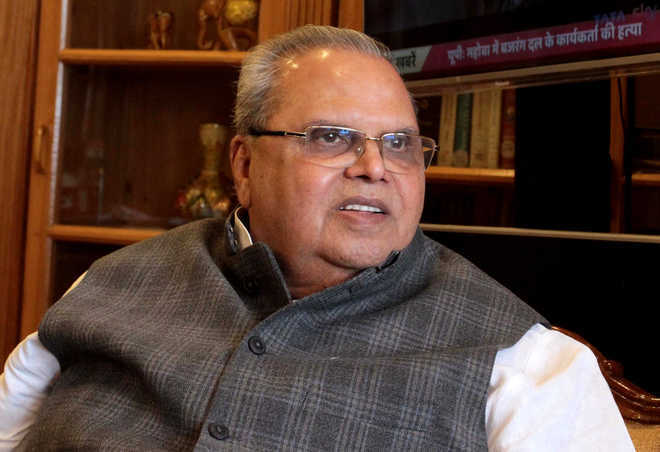 The Governor said this after hoisting the national flag at the Sher-e-Kashmir stadium in Srinagar to mark the first Independence Day since abrogation of the state’s special status, news agency PTI reported.

After unfurling the flag, Malik inspected the parade of para-military forces and Jammu and Kashmir Police.

Addressing the gathering, Malik said people need not be worried about their identity after the steps taken by the Centre. “There is a sharp decline in terror recruitment and incidents of stone throwing after Friday prayers,” he added.

Principal Secretary in Jammu and Kashmir administration, Rohit Kansal had earlier said restrictions put in place by the Centre were relaxed.