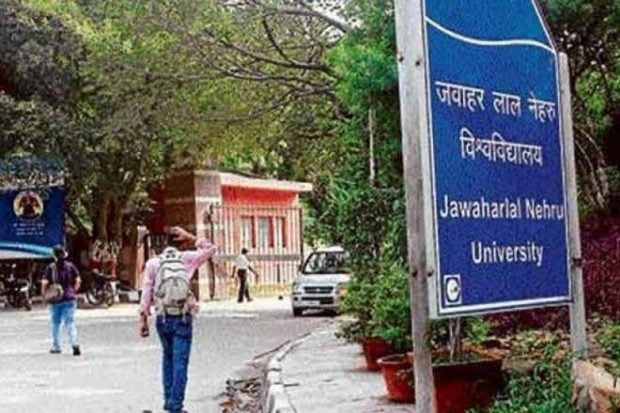 The executive council of JNU, which met outside the campus on Wednesday, fearing unrest, took the decision and conveyed the development to the Ministry of Human Resource Development (MHRD).

The contentious utility charges, introduced for the first time, have, however, not been repealed.

Secretary, Higher Education, MHRD, R Subramanian confirmed the University’s decision to the media. The HRD Minister Ramesh Pokhriyal Nishank had assured that he would look into the issues of the students and arrive at a decision soon.

Talking to Odisha Bytes, Avdesh Kumar, one of the agitating students, said they will not end their protest till a complete rollback is announced. “What has been announced is like cracking a poor joke on us”, he said.

The university in a statement said the rollback will only apply to BPL students (BPL students getting scholarships and fellowships not included). It removed the provisions of dress code and curfew timings from the hostel manual.

Refundable mess security has been rolled back from Rs 12000 to Rs 5500 across all categories. Special assistance for students coming from economically weaker sections.

The university witnessed unprecedented scenes on Monday, during the convocation, when hundreds of students laid siege on the campus, clashed with the police and shouted slogans against the university administration, demanding rollback of the fee hike, a clampdown on movement during night hours and implementation of dress code. The protest has stretched to more than two weeks now.

CESU Announces Power Cuts In Odisha On Nov 14, Know Where